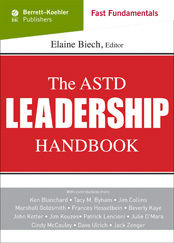 Leading the Workforce of the Future

Frances Hesselbein is the president and CEO of the Leader to Leader Institute (formerly the Peter F. Drucker Foundation for Nonprofit Management), and its founding president. She was awarded the Presidential Medal of Freedom, the United States’ highest civilian honor, in 1998. She serves on numerous nonprofit and private-sector corporate boards and is the recipient of 20 honorary doctoral degrees. She has been appointed to the Class of 1951 Chair for the Study of Leadership at the U.S. Military Academy at West Point, and in 2009 the University of Pittsburgh introduced the Hesselbein Global Academy for Student Leadership and Civic Engagement, whose aim is to produce experience and ethical leaders who will address the most critical national and international issues, and advance positive social and economic initiatives throughout the world. She has been honored with a Lifetime Award for her work as a former CEO of the Girl Scouts of the USA. She was awarded the John F. Kennedy Memorial Fellowship by Fulbright New Zealand and was the first recipient of the Dwight D. Eisenhower National Security Award in 2003. She is editor in chief of the award-winning quarterly journal Leader to Leader, and is the author or editor of 27 books in 30 languages.