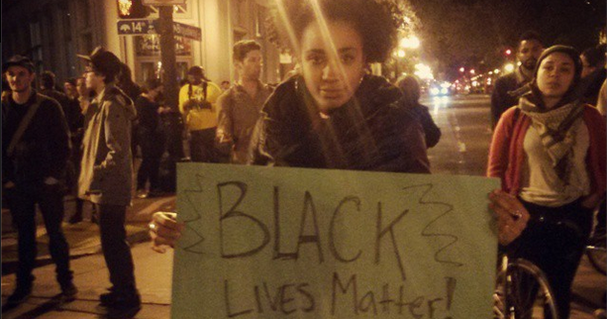 Indignation is a human right and a safeguard against moral decay. To lack indignation where it is called for – as many Americans have just done who, according to a recent poll, feel that torture is acceptable – is to lose one’s way in the struggle for human progress.

That said, the critical question is what to do with our indignation. Indignation is not just a state of mind but a resource, and like all resources there are right ways and wrong ways to use it. The rage against police brutality that’s come to the fore with the refusal of a grand jury to indict the police officer who killed an unarmed black teenager, Michael Brown, in Ferguson, MO, last month has not always been put to good use. This means, unfortunately, that it will not go far – at least, not nearly as far as it could – in addressing the underlying abuses.

For one thing, as I have argued elsewhere, racism is not the only form of injustice that’s hurting humanity. It may be the only one that rouses this kind of indignation, while things like torture, human trafficking, and others we might mention simply do not. The historical reasons for this are interesting. I think an important such reason is that nonviolence was used to combat racism both in the Indian struggle and the Civil Rights movement. As the great peace researcher Kenneth Boulding pointed out, a key factor in all social change is legitimacy. To use one form of violence to combat another form of violence can lead to a short-term solution at best, because while it may overcome it doesn’t delegitimize the violence in question. Only nonviolence can do this. And nonviolence is not served by blocking roads, breaking windows, and setting trashcans on fire. These random acts only hurt random victims; they display our weakness and seriously alienate the very audience we want to win over to our cause. People everywhere are morbidly afraid of chaos, and these expressions of anger are not a promising source of creative order.

When I was teaching my nonviolence course at Berkeley we came up with a partly tongue-in-cheek formula: NV + V + V, add a “little” violence to a nonviolent event and it becomes a violent one, and not only in the eyes of the media, who are only too eager to find violence wherever possible: this is somehow a statement of principle, and strategy.

What should we do with our anger, then? Martin Luther King experienced this at first hand, and left a brilliant lesson: “we did not lead to outburst of anger, we expressed anger under discipline for maximum effect” . Believe it or not (and there’s good science behind this intriguing fact) even an outlet like constructive work on a given issue channels anger effectively, with healthy consequences for the protestor as well as the social field.

Protest has its place, but it’s a small one. There is much else we need to do to address an issue that’s as embedded in the national psyche as racial tension is in ours. I maintain that violence itself will have to be markedly brought under control for racism, one of its outlets, to be reduced. I’ve also said (all this is laid out in the Nonviolence Handbook) that we have to tackle the sources of violence/racism that have been implanted in our own mind, for example by cutting down – way down – on mass media violence and learning all we can about nonviolence. Then we can certainly do protest at the right time, but even there if we want it to play its part it has to be done right. That means a clean separation between serious protestors and the undisciplined. It is possible. Demonstrators in Kiev some years ago carefully photographed disruptors (whether provocateurs or simply believers in “diversity of tactics,” it didn’t matter) and gave them one way tickets out of town. However we do it, however we try to impress on disruptors that they’re welcome to use their method elsewhere, but we want to give nonviolence fair trial here, a clean separation has to be effected or we lose power. I would go so far as to say that if in a given situation we can’t make a clear statement of our conviction, if we can’t show people that in our passion for justice we include the understanding that wrong means don’t bring about right ends, we’d be better advised to back away. There is so much more we can do.

I think the most interesting point in this article is that we need, "a clean separation between serious protestors and the undisciplined."  That would really help media be more sympathetic to the cause.

How to Create a World Without Rankism

A New Approach to Solving Our Most Complex Challenges