The Three Pillars of Society 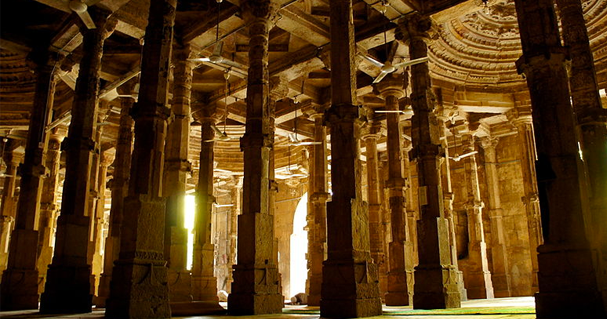 In his latest book, Henry Mintzberg describes how our society has become imbalanced due to a lack of consistent and equal support from the three crucial pillars of society.

Below, Henry described what each of these pillars does and what happens if it exerts too much or too little influence.

What is it? The Public Sector—governments in all their forms

What is it responsible for? Many things—more than some people care to realize. But mainly protections, for example policing and regulating.

What happens if there’s too much emphasis on it? That’s called communism (or for some people, government in any form). Governments can be crude: too much government leads to a cold, crude, bureaucratic society.

What happens if there’s not enough of it? People lack protections, private forces run rampant. If you live in America, look around.

What is it? The Private Sector—businesses in all their forms.

What is it responsible for? Providing us with many of out basic goods and some of our necessary services, but not for lobbying, not for bribing politicians with political donations, not for advertising to influence public policies, not for doing what governments have to do—at least not in any society that wishes to call itself democratic..

What happens if there’s too much emphasis on it? This describes the state that many countries are in today. Businesses can be crude; our societies are becoming increasingly crude.

What happens if there’s not enough of it? That’s what happened under communism: people lacked for many basic goods and services. They craved them, and so were desperate for capitalism. How many of those people have remained so?

What is it? The Plural Sector, better known as civil society, the third sector, the not-for–profit sector, and other inadequate labels. It comprises all associations and organizations that are neither owned by the state nor by private investors. Some, like co-operatives, are owned by their members; many others are owned by no-one—Greenpeace, Harvard, etc. Some are associations but not organizations, namely social movements and social initiatives.

What is it responsible for? This sector serves many of our needs for affiliation, especially in communities. These days I believe that it had better take responsibility for getting us out of the mess that imbalance in favor of the private sector has put us into. For problems like global warming and income disparities, corporate social responsibility will not do it, nor will governments, so many of which are now co-opted or overwhelmed by private forces. We shall have to rely on social movements and especially social initiatives to bring in new ways of dealing with our problems.

What happens if there’s too much emphasis on it? It becomes closed, society becomes closed—think of the Taliban, or of the New England witch hunts.

What happens if there’s not enough of it? Then we lack affiliations, and a capacity for the radical renewal that we require. A healthy society balances the power of its public, private, and plural sectors.