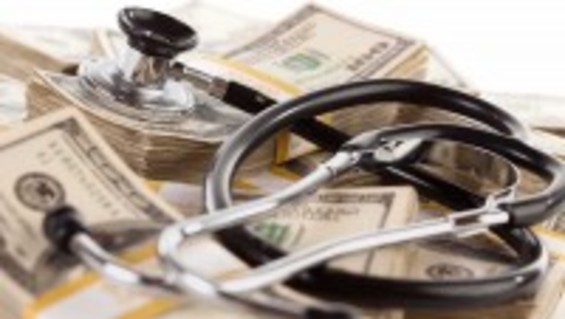 New Orleans    We have been beating the drum regularly here, there, and everywhere around the country about the organizing and campaign “handles” that could allow aggressive and vigilant community and labor based organizations to demand and require more accountability for tax-exempt nonprofit hospitals.  We have trumpeted Senator Charles Grassley of Iowa’s late stage amendment to the Affordable Care Act in 2010 requiring such hospitals to stand and deliver significant charity care or risk losing their tax exemptions.All of that was right, but it turns out we may have shooting for the stars with hopes and dreams in the IRS and the feds, when a fair number of states may have already armed us for battle.

Living and working so long in the backwaters of the bright, red states in the United States it is easy for me to forget that there’s another, kinder gentler world out there, and sometimes that world has even leeched into these hardscrabble places.  I was reminded of all of this by a throwaway comment while talking to Will Pittz, the executive director of the Washington Community Action Network on Wade’s World recently.  Pittz and Washington CAN have done exciting, groundbreaking work in holding hospitals accountable for better care for lower income and working families in Tacoma, Seattle, and Spokane.  We were talking
about the fact that they won a gold standard poverty guideline giving up to 75% medical debt forgiveness to people at 500% of the federal poverty standard and had done so with a private, for-profit hospital.  Asking him why they had agreed to such a thing other than the pressure applied by the campaign, Pittz mentioned, almost offhandedly, that Washington State required for-profits to all have financial assistance policies.  That caught me up short.  I had been grabbing at the sky, when there might be solid dirt right under our feet for all the hospitals.

So, his throwaway line got me searching with my Google research department and together we found a goldmine in a fairly recent, March 2013, report from something called the Hilltop Institute of the University of Maryland Baltimore County that had comprehensively studied the state legal landscape for community benefits after the passage of the Affordable Care Act.This study was an eye opener so we will be talking a lot more about its treasures!  On the immediate point I found hidden in a footnote a listing of the seventeen (17) states that require hospitals to have financial assistance policies.  The states are California, Colorado, Illinois, Indiana, Massachusetts, Maine, Maryland, Montana, New Hampshire, New York, Oklahoma, Pennsylvania, Rhode Island, Texas, Utah, Virginia, Washington of course, Wisconsin, and West Virginia. Except for New Hampshire and Utah, the Financial Assistance Policy requirement applies to both for-profit and nonprofit hospitals.  Eureka!

And, are you kidding me, Texas is on the list.  So is Oklahoma, West Virginia, Montana, and Maine, so this is not just the favored few.  It turns out Texas is even the only state that requires hospitals to publish their charity and financial assistance policies in the local newspapers, so we need to get on the stick and find those notices.

And, maybe even better, as we check the mail every day in Dallas and Houston to see if any of these hospitals have replied to our request to meet and discuss their policies for financial assistance, the Hilltop report contains this other shiny nugget:

New Hampshire and Texas both specify that the needs assessment process must include consultation with members of the public, community organizations, and local government officials. Texas further requires input from private business, insurance companies, and health science centers.

Yes, you heard right:“community organizations” and “members of the public.”

The one thing that Pittz and I beat to death on the show was the fact that it didn’t matter what was on the books, we all had to make these hospitals do right, and in the meantime they will be hiding out in plain sight and doing everything they can to get over and pretend the laws don’t matter when it comes to them and their money.

We need to get these kinds of hospital accountability laws on the books in all of the states and local governmental jurisdictions!