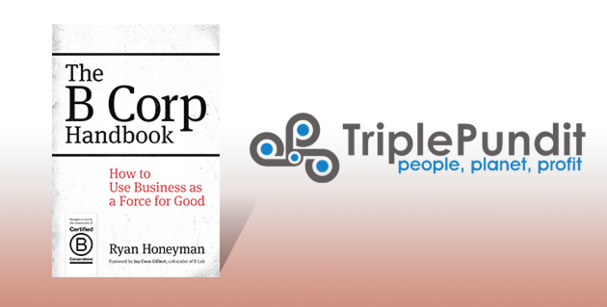 I first discovered the AND 1 mixtapes in the late 1990s.

The mixtapes were a series of basketball “streetballing” videos, created by the popular basketball shoe and apparel company AND 1, that featured lightning-quick ball handling, acrobatic slam dunks and jaw-dropping displays of individual talent.

I was a huge fan of the AND 1 mixtapes because the players used flashy, show-off moves that were very different from the more traditional style of basketball played in college or the NBA at the time.

Many years later, I was quite surprised to find out that two of AND 1’s cofounders, Jay Coen Gilbert and Bart Houlahan, along with Andrew Kassoy, their longtime friend and former Wall Street private equity investor, were the people who created the Certified B Corporation (also referred to as just B Corporation, or B Corp).

The B Corp Handbook

The B Corp Handbook (Audio)