How to toast my late mother, mentor, and dog 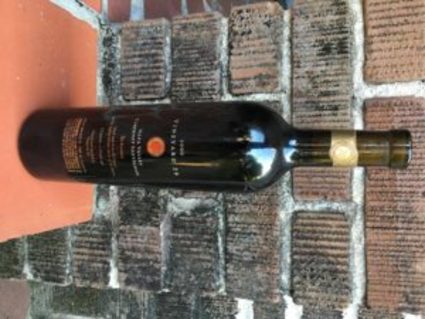 Please join me in toasting the memories of my late mother, a mentor, and Gustav who’s featured in an important new book on animal transitions. All three taught me valuable lessons that you may benefit from as well.

As background, over a seven-day stretch in August, I lost my 85-year-old mother, Ruth Lieberman Guthridge, and my 88-year-old mentor, Thomas H. Paine. They never met each other, yet they both played significant roles in shaping who I am as a human being.

Considering that all three of us are/were dog people, it seems fitting that between their two deaths a copy of the just-published book, Peace in Passing: Comfort for Loving Humans During Animal Transitions, thoughtfully inscribed by the author Maribeth Coye Decker, arrived in the mail for me.  Several of the author’s stories revolve around our dog Gustav, including his rich inner life and how we handled grieving his sudden death last October.

As for the two humans, while they inhabited different worlds, they both valued education and were both clever problem solvers.  (For example, my younger sister Rachel, younger brother David, and I will always be grateful to my mother for bringing a dog into the family before she became pregnant with me and naming him “Jake” — one of my father’s favorite names.)

My mother and Tom also stressed good manners. They believed and practiced in spending more time listening than talking, and taking the initiative to introduce yourself to strangers to make them feel welcome. (I think she would have been proud of my father and me for following her advice at her memorial service.)

As for Tom, he was one of the early partners of the pioneering benefits consulting firm, Hewitt Associates (now part of Aon),  which was my first employer after I graduated from Northwestern University.

Tom was known inside and outside Hewitt Associates for his technical prowess, conscientious client service, and strong support of new consultants.

(Tom also was a trail blazer in how the firm’s consultants dressed. As the legend went, Ted Hewitt believed his consultants looked more professional in hats so he outfitted his client-facing staff members with hats and leather briefcases. But Tom kept leaving his hats in trains, planes and client offices, so the firm gave up and dropped the hat requirement. The company-issued briefcase tradition continued.)

Here are my three favorite lessons from Tom:

Over the years, I formed a strong friendship with Tom and Teresa outside of work, especially once they retired, and enjoyed their company immensely. I appreciated how they welcomed my husband into the mix, once I met him.

While on the plane to my mother’s memorial last week, I read Peace in Passing. While this ground-breaking book is definitely intended to comfort humans during animal transitions, which can be more challenging at times than human losses, many of the messages apply to all creatures and humans, great and small.

The Magic of Tiny Business

The Real Wealth of Nations

How to choose the most perfect flower girl dress for the wedding?
The wedding day undoubtedly is the most amazing and most awaited day in one’s life and is filled with love and excitement. The groom is also quite excited for the day but the overwhelming joy of...
Read more...

5 ways to focus in a crisis
How do you focus on anything, especially work, when…?  …Nine people were massacred in an historic church a mile-and-a-half away  …The heat index was hovering in the triple digits with no relief...
Read more...

Payday Lending Regs, Good; Not Going Far Enough, Bad!
New Orleans      I was sitting next to an organizer from British Columbia while reading the reports on the new set of regulations being proposed by the Consumer Financial Protection Bureau on...
Read more...

The Currency of Nature
For the most part, mothers want us to be happy, right? When they used to tell us, “Go outside and play,” it wasn’t just because they were sick of us, but (also) because the components of nature...
Read more...