How to Prove Someone Wrong 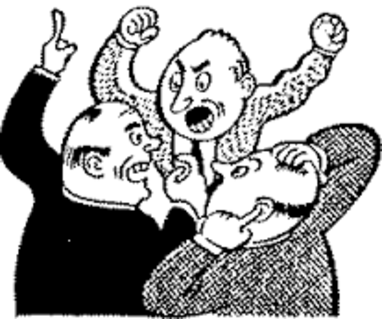 This issue comes up all the time when we are debating someone and want to prove to them that they are wrong and we are right (let's face it, we all do it). Traditional approaches never work too well because they are based on the "I am right and you are wrong" model, which then makes it a battle of egos rather than ideas. People are much more likely to change their thinking when they are confident that doing so will not reflect poorly on their thinking or suggest that their opinions are weaker or more flawed than another's.

Surprisingly enough, not mentioning your stance at all remains the key to winning such an argument. It appears somewhat manipulative, but you want the other person to just reveal more and more of their opinion while you hold yours in silence. The more they reveal, the more the possibility of some faulty assumptions in their argument. Then, through a series of questions and assertions, you prove them wrong using those faulty assumptions. Note the huge difference here in perception and reaction between "You're wrong, I'm right" and "I think you're wrong." People are much more wiling to yield and admit their error when it does not include acknowledging the supposed superiority of another's argument.

The Gentle Art of Asking Instead of Telling