How to Get the Best Opportunity of Your Life 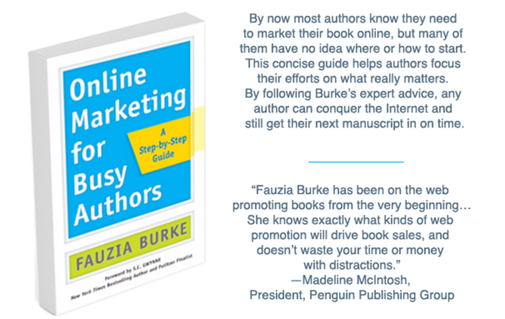 Most people seem to believe opportunity is a matter of overcoming incredible odds. They are determined to collect every gold star, so they can beat out the hundreds of other candidates pushing and shoving for the same spot.

I think everyone’s got it backwards.

I think golden opportunities almost always arrive in some kind of disguise. Just like in the fairytales, when the powerful enchantress is disguised as an elderly beggar woman asking for alms. When opportunities arrive, they look obnoxious and scary. They look live favors you’d really rather not do. They look like jobs nobody wants to get stuck with.

I maintain that the best way to get ahead in life, is to volunteer for the things nobody else wants to do. The world’s most successful people are not so much the double A+ Ivy League students, but rather people who are secretly challenged and inspired by frightening tasks.

Let me give you an example.

One of my authors, Fauzia Burke, runs a book publicity company that specializes in online marketing, and around a month ago she came out with a book,Online Marketing for Busy Authors. In just the few short weeks it’s existed, the book has already collected dozens of five star reviews on Amazon, and racked up publicity in Forbes,Publisher’s Weekly, and Examiner. In an added touch of personal victory, Fauzia’s mother (who never completely understood why Fauzia wanted to be an English major) was thrilled.

How did she get this golden opportunity?

When Fauzia visited my book publishing company for her author presentation, she told a story I’ll always remember: the story of how she got started as an online marketer.

When the Internet was new and strange, she took the bold step to start an online literary publicity company, and was sitting in a big meeting about how to cater to one of her client’s best-selling authors. At the time, the Internet was too new for author websites to be normal — but Fauzia was excited by the idea of websites. So she found the courage to blurt out, “What about a website?” in the brainstorming meeting.

Fauzia didn’t know if anyone would like her idea. She certainly had no intention of leading the project. So imagine her shock, when they responded to her idea by saying: “Do it, Fauzia!” She was given the full and entire responsibility of creating a website for this best-selling author. At that time, no one else on the team wanted to deal with these mysterious contraptions called websites.

And so, despite her lack of prior experience, armed with nothing but her intelligence and her curiosity, the task was hers. She was terrified, but with the help of her husband she moved forward with the project. But this opportunity was her fairy godmother in disguise. Because she did a wonderful job, and it launched her dream career.

I think these are the things most of us say in response to golden opportunities. Because we don’t understand that this is it, this is the moment, life is calling upon us — completely unexpectedly — to rise to the occasion.

When we get too focused on the straight and narrow path ahead of us, we overlook our real opportunities to shine. I think when most people think about submitting to a book publisher, they think about writing the best possible book proposal and outshining the hundreds of other candidates.

That wasn’t how Fauzia got published, exactly. In fact, she had her book all written and was planning to self publish it as an ebook. Then she just happened to mention it to Berrett-Koehler’s VP of Marketing, when the two of them were collaborating on a publicity campaign. The VP was intrigued and showed the draft manuscript to one of our editors. The pieces all fell into place, because of all the time and effort she’d put into building her career and expertise.

If you’re a fearless person, if you’re willing to step off the beaten path, you will be able to answer the call of the opportunity everyone else overlooked. And once you’ve fought that battle, you won’t have to go out aggressively seeking the world’s honors. As a result of all your past hard work, things will just fall easily and gently into place.