How to Get Lone Wolves to Work Collaboratively 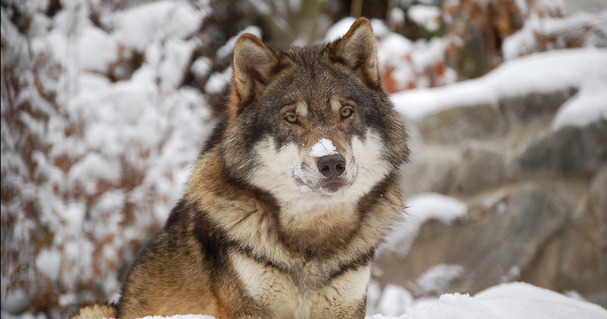 James Bond wasn’t much of a team player. Unfortunately, pretty much everyone in the modern day intelligence industry has to be. There’s just too much information for one person to make sense of alone. We’re overwhelmed by data; not just in the intelligence industry, but in every other industry as well. Here’s some wisdom from a Harvard professor who spent a decade coaching the intelligence-gathering branches of government on how to achieve better teamwork. Maybe these lessons can help your team as well!

1. What doesn’t work: just telling them all to play nice (or do trust falls.) No, no, no. That doesn’t work at all. Or as Professor Hackman more elegantly puts it, “mere exhortation to collaborate and team-building exercises intended to promote harmony and trust are insufficient to produce results.”

2. Show the lonely but brilliant wolves where they fit in. The more brilliant experts the better: true or false? FALSE! Well, kind of. Experts who haven’t received coaching on teamwork, “actually performed more poorly on a task than did average-ability teams,” Hackman writes. Have you ever heard the expression “Too many cooks spoil the soup?” Well a team of maestro chefs, who are all angrily grabbing the spoons away from one another, can make an even worse soup than regular cooks. To avoid this problem, coach your experts on the best way to contribute to the team. Make sure everyone is clear on where they fit in.

3. Use the nuclear force of competition wisely. Competition is a powerful motivator, but when teams or individuals competing to solve the same problem are tempted to sabotage one another…. things can really blow up. Hackman writes somewhat wryly, “I have always been concerned about the proliferation of nuclear weapons…. I now occasionally find myself nearly as worried about the proliferation of competing counterterrorism centers throughout our own government.” When people working on the same problem start keeping secrets from one another, how can we move forward? There should never be an incentive for making your allies dumber, or keeping them in the dark. So don’t tie incentives and rewards to individuals or sub-factions. Make sure everyone who works on an important problem gets rewarded when it is resolved.

4. Show the lone wolves how teamwork can solve problems before they happen. The James-Bond-style lone wolf is frequently called into play after some terrible disaster or unsolvable mystery occurs. Although this type of reactive strategy is great on film, it’s terrible in the real world. Hackman says that we should realize, “the futility of playing defense against an inventive, adaptable adversary.” The solution, he says, is to gather a team together, and put them on offense. The team should ask themselves, “How would WE do the maximum amount of damage, given what we know, whom we know, and what we know how to do?” Having used their collective imagination to discover the worst possible scenario, they can all work together to prevent it. That way the problem never happens in the first place. Lone wolves will be motivated to join a team when they realize the joys of being ahead of the game.


5. The lone wolf would do well to emulate the duck. The duck, you say? At first glance, the idea of Donald or Daffy Duck having anything to teach James Bond seems comical. But listen to this Discovery-Channel-worthy nature fact: (!) “Ducks have to be alert to possible attacks from predators. But they also have to get some rest… A special feature of the duck brain is the ability of its two hemispheres to operate independently,” Hackman writes. When flocks of ducks settle down for the night, all the ducks at the edge of the flock are half-awake. The side of their brain facing towards danger is awake, and the side of their brain facing towards the flock is asleep. When predators approach, the ducks see them and sound the alarm. The whole flock flies off, and when they settle back down, different ducks are at the edge of the flock. That way everyone can get in some snooze time for both hemispheres. Hackman is enchanted by what a perfect example of teamwork this can be. Humans, like ducks, can learn to use their specialized abilities to the advantage of the group.