Have the Courage to Seize Opportunities

Ira Chaleff is the founder and president of Executive Coaching & Consulting Associates and chairman of the Congressional Management Foundation in Washington, DC. 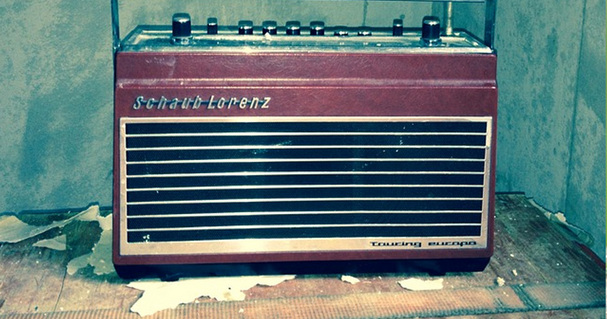 How can I make a difference in the world? The question can overwhelm us. It can seem to force us to confront our powerlessness. The world is large and contains endless suffering. We are small and have such limited resources.

But is our world large? Not if we measure it against the galaxy, or the universe. Measured against these, it is barely a speck.

If the world is not large and we occupy a tiny place in this speck of a world, then are we infinitesimally small? Not in relation to the billions of cells in our body, or to the strands of DNA within any given cell that contain the blueprint to make and remake us as an organism.

Maybe small and large are merely viewpoints. Maybe they are not relevant to strategies for making a difference.

During the cold war, the U.S. government established Radio Free Europe and Radio Liberty to broadcast uncensored news in different languages to the people of Eastern Europe and the former Soviet Union respectively. Millions of listeners counted on these sources to balance the censored official news broadcast by their own countries.

After the Berlin wall came down, the U.S. Congress reduced the funding for Radio Free Europe/Radio Liberty from $225 million per year to $75 million per year. If “the Radios” stayed in their home in Germany, a very expensive place to operate, they would need to reduce the number of language services they offered by more than half. People in the affected countries in which open news channels were still fragile would be thrown back onto the whims of their rulers.

At this point, people from many levels of the organization and society played a role to make a difference. Three executives of the Radios, deeply troubled by the prospect of dismantling a network of news bureaus and broadcast units that provided a crucial service, challenged their own leadership’s plan to reduce programming. They conceived an idea to relocate the Radios to a less-developed eastern bloc country. This would reduce the cost of operating to a fraction of the current budget and permit continued broadcasting in virtually all their languages. This was an act of courageous followership in which loyalty to the organization’s mission and stakeholders outweighed acquiescence to the formal leadership.

Supporting this idea was another individual who at one time had been a political dissident lacking any formal power in his country. After decades of maintaining his integrity, the playwright and essayist Vaclav Havel became president of his country, Czechoslovakia. The country peacefully dissolved its federation and become two nations, the Czech Republic and Slovakia, with Havel presiding over the former. This left the federal parliament building in Prague standing empty. Havel, continuing to make a difference, offered it to the Radios for $1 per year if they would relocate there. He knew their presence would continue to consolidate the democratic gains in both his country and the region.

Now it was time for the Radios’ board to step up to the plate. Moving the Radios presented management with logistical, diplomatic, legal, technical, and political challenges that most boards would shy away from. Instead of playing it safe, they decided to support the courageous vision and commitment of the Radios’ emerging leadership team. They authorized the move, with the proviso that the relatively inexperienced leadership team retain a management consultant to help them with the daunting challenges they faced.

That is how I came to be privileged to participate in this project. For the next six months, I witnessed dozens of nearly heroic acts in which individual team members made a difference: Finding housing for the staff in a city with a severe housing shortage. Migrating from analog to digital equipment in a culture still ramping up its technology. Uprooting one’s family to a country that could not provide the services available in the current home. Recruiting new specialists to replace those who chose not to relocate. Working around the clock to ready broadcast studios so language services could be relocated one by one without missing an hour of programming. Supporting the new leadership with a 24/7 commitment to the thousand tasks needed for an orderly transition. Confronting the new leadership when it meddled unproductively with the details entrusted to others.

Occasionally in life we find ourselves in a position to make a big difference with a simple idea and an extraordinary commitment to it. Whether we are a dissident, the president of our country, an organization executive, or down in the ranks as a technician we are not too small to make a difference, provided we are big enough to see the opportunity and courageous enough to take a risk.

The winners in this case? Millions of listeners in Romania, Bulgaria, Uzbekistan, Kyrgyzstan, and other former Soviet-bloc countries.

Ira Chaleff is the author of The Courageous Follower: Standing Up To and For Our Leaders (Berrett-Koehler, 2002), president of Executive Coaching & Consulting Associates, www.exe-coach.com, and chairman of the Congressional Management Foundation, www.cmfweb.org, which develops leaders and their teams in the public and private sectors.