For Banks the Party Never Stopped 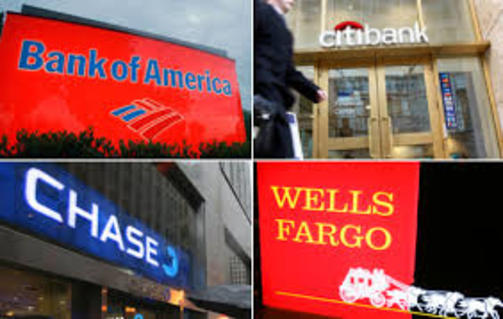 Houston        Seven years after the wheels started coming off the bank’s mad money train, it seems clear that settlements for mortgage abuse, which is euphemism for fraud, Dodd-Frank legislation, and what should have been the awesome weight of having collapsed the US and world economy and upended the lives of millions, have essentially been water off a duck’s back for the banking industry and Wall Street.

Let’s just tick off a few recent cases in point.

Many have argued that part of the problem was the legal double standard that found law enforcement playing paddy cake with the criminal enterprise that banking has become rather than prosecuting them aggressively from the top down.  If anything was administered more than simple detention, it was from the bottom-up.  The bigger the guy at the top of the bank, the bigger and more obscene the paycheck continued to be.

More proof that bad behavior and thuggery is the norm in banking is emerging in a new study as well.   According to the Andrew Ross Sorkin at The New York Times,

“...about a third of the people who said they made more than $500,000 annually contend that they ‘have witnessed or have firsthand knowledge of wrongdoing in the workplace.’  Just as bad:  ‘Nearly one in five respondents feel financial service professionals must sometimes engage in unethical or illegal activity to be successful in the current financial environment.’”

Such statements take your breath away.  Not only has it not gotten better, it may have gotten worse!   And, the President wonders why Senator Elizabeth Warren is willing to go to the wall on a trade bill that had hardly interested her until she noticed the language leading her to believe that it would allow even more transnational banking criminality?

There oughta be a law, but there probably are plenty of them, just no one seems to care, and the party goes on, and we all pay for it.

The Beermats – A Workers Song