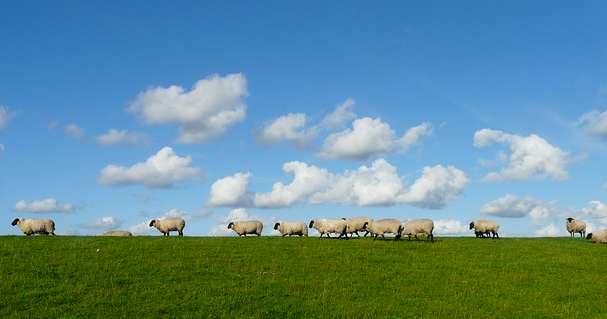 Nadya Zhexembayeva's latest book encourages leaders to look for resources in unconventional and unexpected ways to manufacture and market their products and still be sustainable. Good thing, too, because traditional sustainability has proven quite useless for most businesses.

Here are five reasons why traditional sustainability efforts have failed:

1. Everyone jumped on the bandwagon -- and most of them without any integrity.

Have you seen all the "gluten-free" labels on products these days? It has been slapped on products that never had gluten anyway (like beef jerky). In that same way, consumers have gotten smart to labels such as "organic" and "all-natural" as not exactly honest. And with so many manufacturers all using the same buzz-phrases and emphasizing how kind they're being to the planet and yet so few actually having any real impact, the public now suffers from "green exhaustion." They've been bombarded with green marketing so much that they frankly don't care any more .

2. Not Everyone Wants to Pay More Just to Be Green.

American economist Theodore Levitt was the first to exclaim that marketers should not overlook the importance of a product's value at the expense of market needs. The market gets first priority. This is what happened with green marketing, though. The most successful green products have to offer a consumer value equal to that of non-green products. Consumers may care about the planet, but they care even more -- on the whole -- about the quality of their products, so playing the green card doesn't ensure profits.

3. Manufacturers and Environmentalists Have Used the Wrong Narrative.

By using the doom-and-gloom scenario, environmentalists and others have created a bigger problem. Consumers will act on initiatives where they feel they have some impact and also feel good about doing it. However, the narratives we have been using emphasize two big negatives: (a) Guilt over not doing anything (and guilt is never a motivator ), and (b) The idea that the future is so dark and doomed that an individual's choice of what detergent is purchased won't make any difference anyway.

4. Major Brands Are Not Getting Behind Sustainability in a Big Way.

As Joel Makower has argued , the large companies are not really getting behind any real sustainability initiatives other than just dipping their smallest toe in the water. In 2010, of the ten largest advertisers (Procter & Gamble, AT&T, General Motors, Verizon, News Corp. Johnson & Johnson, Pfizer, Time Warner, General Electric and Walt Disney), only two -- GM and GE -- have tried in earnest to market products as green. One of those, GE, is largely B-to-B.

5. No One Bothered to See What the General Public Was Thinking About Sustainability.

Sustainability has by and large been a one-way movement to the public without doing much research to see what the public thought. Had research been done, we would have learned how to present sustainability in a way that would appeal to everyone. OgilvyEarth released a report that outlined the usual problems with green products (overpriced, too niche-y) but also presented new information that no one thought to act on. For one, 82% of the people they surveyed said that going green was "more feminine than masculine." No one thought that gender played a role in this, and that's the problem. Another finding was that 82% of Americans have no idea what "carbon footprint" is or how to calculate theirs. This explains why 70% of Americans would rather cure cancer than fix the environment.