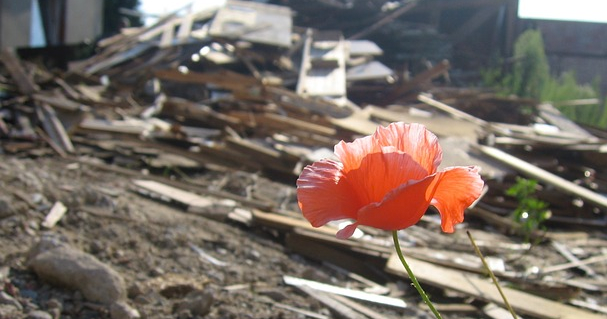 Everywhere you look, there is calamity and tragedy, and that is mostly because the media likes to focus on negatives. However, as Jurriaan Kamp shows in his latest book, there are plenty of reasons to actually be optimistic about the future. This is not foolish, blind optimism that overlooks the real concerns of our current situation, but the intelligent optimism that sees greater potential for good than bad in the long run.

To illustrate the point, here are five negative statements you probably considered to be facts but which are in direct opposition to the positive truth:

1. The global population is growing out of control.

There have been cataclysmic prophecies and even books dedicated to how current population growth is out of control. Actually, this is not true at all. The average number of children per woman has been declining rapidly for decades. According to official UN data, the average number of children per woman worldwide for the period 1965 to 1970 was 4.85. Yet 40 years later, for the period of 2005 to 2010, that number dropped nearly 50% to 2.52. And the numbers continue to decline. Most experts predict that global population will level out by about 2100 at around 10 billion and may even decrease after that. And if we use our resources wisely, we can easily support that number of people.

2. Our dependence on coal, gas, and oil will destroy us (and the planet).

it certainly seems this way but only because major business interests and corporations rely on fossil fuels for their profit margins. However, as new trends become increasingly difficult to ignore, alternatives are popping up on the horizon. There are already many ways in which solar energy has been made cheaper. In Europe, solar energy is as cheap as grid electricity, and it is only going to get cheaper. Plus, there are many other resources we have not even begun to explore that hold a lot of promise. We have more resources than we think (or know).

3. Electronic media and mediums are detaching us from "the real world."

It's easy to assume that because we see people walking down the street staring into their phones that we are growing detached from people, but we are in fact connecting more meaningfully and more widely than ever before. Instant communication at almost no cost regardless of geographic location or time means that everyone is connected to everyone else and ideas and conversations move freely between continents in real time. Think about how connected you were to your family and friends before email and the internet took off (unless you were lucky enough to be born within the last two decades), and how connected you are now. Case closed.

4. Power is being centralized and growing larger in the hands of the elite.

Power has always been in the hands of the elite, and yes, it has grown, but a big part of the argument is what constitutes power? Is it material or economic clout or is it knowledge and information? The most powerful people and organizations can be taken down by a single person with a cheap cel phone. We live in an age where almost everyone has access to the technology that makes them a citizen journalist. This means that things that could once be hidden or kept in secret can no longer be and revolutions and injustices can be recorded and displayed to the world in color, with sound, and in real time. It's not that power and injustice is growing, it's just that now, we are more aware of it than ever before because of our access to information.

Violent crime rates have been dropping dramatically for 20 years. Official U.S. Department of Justice statistics show that violent crime rates of 2010 were 1/3 the rates of 1994. Other countries are experiencing a similar decline. Consider also that just centuries ago, rape and pillaging were considered the natural spoils of war. War atrocities were once the norm, where today they are prosecuted in international courts. We are not only becoming less violent, we are stating unequivocally that we will not tolerate it, either.