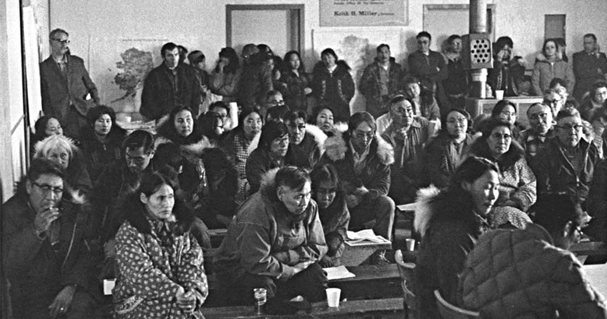 
In their latest book, Dick and Emily Axelrod tackle the topic of meetings and how to make them meaningful and productive instead of the time-wasting, soul-sucking chores they can become.In celebration of meetings that had great impact, here are five such events that stand out in modern history:

1. Pope John Paul II and Mehmet Ali Agca: the meeting that demonstrated the power of forgiveness.

In 1981, Mehmet Ali Agca, a member of the Turkish ultra-nationalist Grey Wolves group shot and wounded Pope John Paul II. On Decenber 27, 1983, the Pope visited Agca in prison and they became friends. The Pope also connected with Agca's family. In 2005, when Pope John Paul II died, Agca begged and pleaded to be given leave to attend the Pope's funeral but was refused. This friendship that resulted from this meeting best demonstrates the healing power of forgiveness and faith. Agca's brother reported that when the Pope died, the entire family remained in mourning.

2. Douglas MacArthur and Emperor Hirohito: the meeting that demonstrated how full personal accountability can change the course of a nation.

On December 27, 1945, MacArthur met with Japan's emperor in Tokyo following Japan's surrender. MacArthur thought that the emperor may deny wrongdoing but instead, Hirohito stated that he took full responsibility for all actions and decisions made by Japanese forces during the war and that he would readily accept whatever judgment given to him by the allied forces with no debate. MacArthur, who at that point had been under pressure from the Russians and the British to punish Hirohito severely for war crimes, decided that the emperor was a man of honor and that rebuilding Japan would be much easier if they let him remain as ruler (but not a Shinto deity). Hirohito was a man of science and took this opportunity of clemency to help Japan rebuild by focusing the nation on modernization and technology.

3. Robert E. Lee and Ulysses S. Grant: the meeting that demonstrated how even opponents should always be treated with respect.

On April 9, 1865, Robert E. Lee met with General Grant at Appotomattox Court House in Virgina to formally surrender and put an end to the bloodiest conflict in US history. During their conversation, they realized that they had met previously -- when fighting for the same side in Mexico. Lee informed Grant that his men owned their horses and asked that they be allowed to keep them, which Grant agreed to. After signing the surrender letter and as Lee began to leave the courthouse, Grant -- the victor -- raised his hat and formally saluted Lee (a salute which Lee dutifully returned). Grant then sent thousands of pounds of rations for Lee's men who had not eaten in several days.

4. Thomas Stafford and Alexei Leonov: the meeting that demonstrated how we can overcome political and idealogical borders.

On July 17, 1975, astronauts Thomas Stafford of the United States Apollo mission and Alexei Leonov of the (then) USSR Space Program met and shook hands through the open hatch of the Soyuz space station and then linked with one another for almost two whole days. During this time, crew members visited each other's ships, ate together, and spoke at length. When they parted, they gifted one another seeds of indigenous plants from their individual countries. This may just seem like a sweet story now, but at that time with the Cold War paranoia that had each nation fearing an immediate nuclear strike from the other at any moment, this was considered outright crazy.

5. Edwin Booth and Abraham Lincoln: the meeting that demonstrated that our lives operate by sheer random chaos or that there is an ominous pattern to everything well beyond our comprehension.

Everyone knows that John Wilkes Booth shot President Lincoln on April 14, 1865. What is less known but is still a fact is that John's brother, Edwin, saved Lincoln's eldest son's life just one year before. Lincoln's son, Robert Todd Lincoln, was waiting at a train platform to buy passage on sleeping cars. As the train began to move unexpectedly, Lincoln lost his footing and started slipping on to the rails. Edwin Booth immediately reached out and grabbed Lincoln by the collar and pulled him to safety. Edwin Booth was a very well-known Shakespearan actor and so Lincoln recognized him immediately. Booth had no idea of the identity of the man he had just saved,