Five Examples of Gods Who Are Both Feminine and Masculine 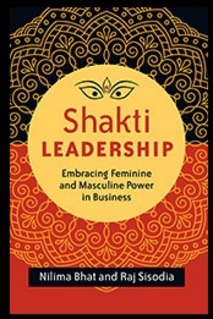 In Sisodia and Bhat's latest book, the authors explore the binary nature of leadership in modern times where approaches are deemed either "masculine" or "feminine." Reaching back into Hindu mythology, the authors explain how the best model is one that embraces both the masculine and the feminine.

The idea of dualistic gender identity has been found not just in Hinduism but in various other ancient traditions as well. Here are just five examples:

1. Agdistis (Greece): Depending on which translation you read, the Greek god Zeus either raped or "accidentally" impregnated Gaia (earth mother) while she slept and the resulting child was born with both female and male genitals. The child was named Agdistis.

2. Hapi (Egypt): Hapi was the god of the Nile river and though male, was related to fertility and the flooding of the Nile (which was essential to avoid the desertification of the land) Since fertility was seen as a traditionally female character, Hapi presents physical features of both sexes.

3. Ardhanarishvara (India): Literally named "the half-female lord," Ardhanarishvara is composed of half Shiva (male) and half Parvathi (the wife of Shiva). This god represents the inseperability of male and female energies in the universe.

4. Ymir (Scandinavia): The tales of the origin of the cosmos in Norse mythology speak of rising flames from Muspelheim meeting the frost from Niflheim with the resulting energy released into the abyss of Ginnungagap. As the ice melted, Ymir was born. Ymir had both male and female organs and when Odin killed him, the earth was created from Ymir's flesh and bones.

5. Ometeotl (Aztec): In the Aztec language, Ometeotl literally translates into to "two forms of cosmic energy." The god Ometeotl was simultaneously male and female and represented the belief that the universe was formed by opposing forces--male and female, light and darkness, order and chaos.