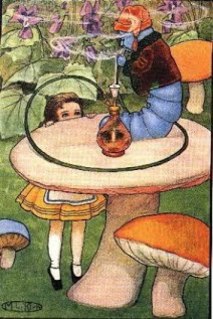 Alice in Wonderland was actually banned in China. The idea of non-human characters using language with and speaking to humans was considered contrary to the laws of nature and suggestive of equal footing between humans and animals which would be confusing to young readers, apparently.

It was even banned in the U.S. in some areas for depicting "sexual content" among other things.

On the Brink of Everything