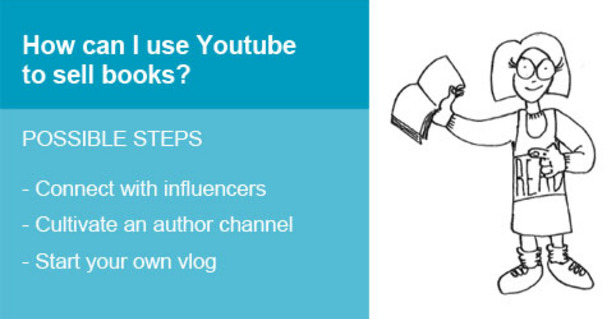 1. Connect With Influencers in the Vlogosphere.

Just as there are influential blogs where it pays to get featured, there are influential vlogs as well. One fun example is Sabrina. She is a Canadian teenager with 64,436 subscribers to her YouTube channel at the time of this writing. The circulation of the San Francisco Chronicle is estimated to be around 219,000 as of 2013. That means in terms of subscriber numbers, Sabrina is 29% as powerful as the San Francisco Chronicle. In terms of emotional value, Sabrina may be worth even more to her dedicated fandom.

When YouTubers wield this kind of influence, it's no wonder that Internet-savvy authors are starting to send books to vloggers like Sabrina. We live in a day and age where a teenage girl can be her own semi-professional media outlet, and that's very exciting.

In the video below, Sabrina goes through 15 of her favorite books in 3 minutes, saying the moral of each. (Setting yourself this type of “speed challenge” is typical for a YouTube.) One of the books she recommends (The End Games, by T. Michael Martin ) was given to her by the publicity-seeking author.

Watch this video on Sabrina's Channel

Bob Miglani is a Berrett-Koehler author who has produced a large number of videos linked with his book, Embrace the Chaos. (You can subscribe to his YouTube Channel here).

What could have just been a bland and boring promotion, suddenly becomes hilarious and entertaining, just because he created this Professor Hans Von Puppet character to say it. Also key, Bob keeps the video short. 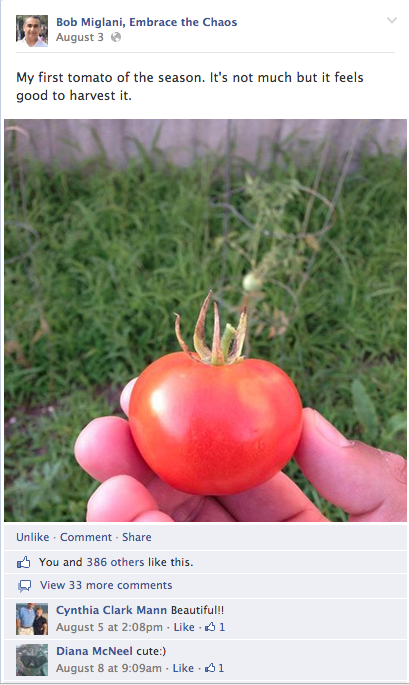 You can outsource your video production; some of Bob’s videos were made by contractors on Fiverr.com. This can be a way to keep video costs low, but delivery times can be unpredictable and you need to find a reputable fiverr (via their rating system).

This is something you can do on your own OR with help; see tips in the navigational links at the top of this page.

Currently, videos made for/by the business world tend to be strictly professional and frankly rather dull. People don't actually respond that well to this type of "professionalism." A great way to succeed on social media is (ironically enough) BEING SOCIAL. People want to hear about your life. Who wants to talk to the person at the party who only speaks about his job and his product?

Here's a great example of this from Bob Miglani's Facebook page (which at the time of this writing has 35,753 likes.) A Facebook post on his page promoting a free book give-away only received 14 likes. But the photo to the left, sharing his excitement about a tomato he harvested from his garden, received 387 likes. This is one of the most vivid examples I've seen yet of how people want to connect with you on a personal level and are less and less interested in the traditional "marketing."

That doesn’t mean you need to give up your privacy or start telling the Internet everything you do. It just means you should bring that element of sincere small talk that you use in real-life social interactions, into your social media marketing efforts. Or better yet, stop calling it marketing. Start calling it "communicating" or "connecting."