Unnecessary Medical Care and Over Prescription by Doctors 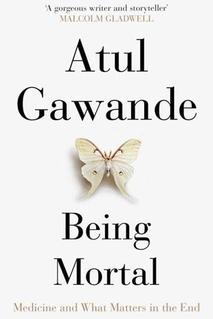 New Orleans      I go for a physical annually, like you’re supposed to do.  I basically trust my doctor, largely because she keeps it simple, doesn’t make me do some tests I don’t want, stretches out the EKGs for years, and sometimes forgets to make me, how should I say this, bend over.  To get insurance to pay, they require the calendar to be rigidly followed no more than one year after the last one, which put me having my visit after I came back from Montana in 2014.  Having taken a bit of a dive over a piece of a mountain to fortunately be stopped by a tree, I had a bump still protruding on one leg weeks after the fact, so there I was, and there the doctor was, so what the heck, I asked her about it, rather than just going with Google.  She was worried that it might be a clot in the vascular system and wanted me to immediately, as in that minute, go have an ultrasound to make sure. I tried to push back a bit, and she basically snapped at me that, hey, it was up to me if I lived or died.   Needless to say, I drug my ass across town to a hospital and was lucky to get the test done and find out that it was a problem that only time could heal.

The moral of this story is simple.  Doctors do have a way of getting you to take tests with some unanswerable arguments, no matter what we might think or feel about our health and well-being, so it’s an awesome power, and often unaccountable power.  In this case, she was likely right, and I was undeniably stubborn.

The other side of this problem is the fact that doctors and their institutions have until recently had huge incentives to order tests by the truckload.  Dr. Atul Gawande writing in The New Yorker recently reported that “thirty per cent of healthcare spending, or some seven hundred and fifty billion dollars a year” is waste.  In painful detail, he documented the vast number of tests that are simply useless and not even predictive in determining the problems at hand.  He noted elsewhere that “twenty-five to forty-two per cent of Medicare patients received at least one of…twenty-six useless tests and treatments.”  Maybe that’s not painful to read, but reading the whole article about surgeons seeing something as successful, simply if someone lived through the operation, regardless of whether or not it prolonged life, much less added quality to life, was just heartbreaking in addition to stupid and wasteful.  What happened to the Hippocratic Oath’s requirement for doctors to “do no harm?”

Gawande, some six years ago, had written a path breaking piece on Brownsville, Texas and why it was the most expensive place for medical treatment in the country.  The good news in this report is that his earlier article – and important new incentives provided by the Affordable Care Act to allow doctors and healthcare facilities to share hugely in sharing in the savings – had shamed and shuffled them into doing better.  This needs to catch on around the country!

In the meantime, having read all of Gawande’s pieces in The New Yorker and earlier his recent book, Being Mortal: Medicine and What Matters in the End, the only thing I’m one-hundred percent clear about it is that as much as I like my doctor and have learned to live with her, I have to admit that I wish Gawande would be my doctor whenever I come to have a serious problem.  Not having that, I hope I end up with a doctor who has read his stuff and drunk his Kool-Aid.   In fact I wish that for all of us!
***
10cc – The Hospital Song