The Defense to Repayment for Student Loans and Debt Jubilee 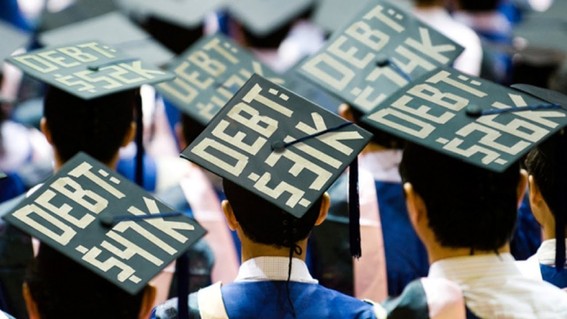 New Orleans   The announcement by Secretary of Education Arne Duncan that student loans will be forgiven from tens of thousands of students who attended Corinthian Colleges, a for-profit company that went belly up last month teaching many invaluable but expensive lessons in finance and apparently fraud.  The action is important on many levels, but it is vital to acknowledge that it comes because of a debt strike by former Corinthian students organized by the Debt Collective, and that’s big news in and of itself.

The foundation for the action is a rarely used snippet of the Higher Education Act called the “defense to repayment” or DTR by the legal community.  Quoting the Boston Student Loan Lawyer:

The DTR clause basically says that in an action to collect on a federal student loan by the U.S. Department of Education, “the borrower may assert as a defense against repayment, any act or omission of the school attended by the student that would give rise to a cause of action against the school under applicable State law.” In other words, if the school engaged in practices that violated state law which resulted in the disbursement of the federal student loans for which the borrower is now being hounded, the borrower can assert the school’s actions as a “defense,” and the U.S. Department of Education has the authority to do something about it—including relieving the borrower of the obligation to repay the debt. In essence, loan forgiveness.

The problem has been that everything to date has been at the total discretion of the Department of Education with no procedures for a student to apply for or receive the aid unless a school was sued by the DOE or whatever.  Duncan’s announcement commits to creating a special master to cut the knot and create procedures for applications at Corinthian and, very importantly, other institutions.  This could open the floodgates because there is a rogue’s gallery of so-called educational institutions that have been ripping off the dreams and dollars of lower income, working students trying to grab a future against all odds.

A member of the Debt Collective argued that there should have been some “blanket relief” rather than an applicant triggered process, and he’s undoubtable right, but our Citizen Wealth Centers will certainly try to jump on this problem to help process applications and hopeful other unions and community-based organizations will do so as well.

Some in Congress are also squealing because the DOE guesstimate is that there were 350,000 Corinthian students over the last five years who have had loans and if they all applied for and received debt relief the price tag for just this one crooked college would be $3.5 billion.  And, as I say, that’s just the start.

Only some almost biblical jubilee eliminating these debts and then turning off the spigot of deceit and debt loading from so many of these diploma bills right at the tap is ever going to force the level of accountability needed and bring the student loan crisis to a halt.  Corinthian may have been the worst of the worst, but if there’s progress on this front, there will have at least been one good thing connected to their foul name and reputation.