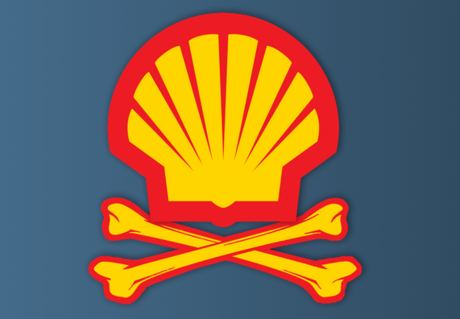 Missoula     The front page of the Wall Street Journal heralds the effort of Royal Dutch Shell to begin drilling in the Arctic Ocean, even after other giants like Exxon and Chevron have put similar projects on pause because of technical and economic issues, including the current glut of oil on the market, making Shell’s exploration into the Arctic anything but a “must have” project. The paper reports that they will start drilling in days on one well. They had planned to drill two wells but will have to settle for one billion dollar drilling project. The courts did not allow them to drill two simultaneously in order to prevent interference with walrus breeding. It’s hard to find much to celebrate in any of this news.

Recently,  I spoke with John Sellers on Wade’s World, a friend, comrade, and professional organizer-activist for many years based on Vashon Island outside of Seattle. John is an experienced hand with an unabashed tactical flair that combines effective protest with fun. He is a veteran of Greenpeace and was running the Ruckus Society when I first met him. The name Ruckus defines the mission of that organization, dedicated to good causes and if there is such a thing as extreme-protest just as there is extreme sports, then they and John have done it all from scaling buildings to hackatons to whatever. Now he told me he is driving something called the Other 98%, but I was talking to him about the fight in Seattle to delay Shell’s drilling season, because it was a classic.

Shell had somehow gotten Seattle and Washington State to allow them to berth their mammoth drilling rigs, including the Polar Pioneer, in their harbor, before hauling them the 2000 miles up and around the Alaska coast to the Chukchi Sea where they were to drill. While Shell was there, John, his organization, and the vibrant local activist community in the Seattle area threw everything but the kitchen sink at Shell to try to slow them down. Courts had failed to act, so they were the last gasp and running a “sHell no!” campaign.

They organized what they called a “mosquito fleet” of kayaks and small boats which on occasion swarmed the Shell operations with the light water craft in vivid contrast to the hulking rigs. They called themselves “kayaktivists” of course.

Going to crowdsourcing, Sellers was able to pull together enough money to put something on the water called the “Peoples’ Barge” which joined the protest with party and people. Some small problems with the Harbor Police of course and some confusion about habitat on the tie up for the barge, but nothing that the organizers weren’t willing to fix.

You get the message. They fought them paddle and splash until they left the harbor. There are likely no smiles as they read that only one well will get worked in the Arctic this season, but at least they proved once again that there has to be a steep price paid, win, lose or draw and organizers and organizations are still going to go by the slogan that “you may beat us, but you’re going to have to whup us first.”