Mobile Phones May Let Us Win Remittance Justice Yet 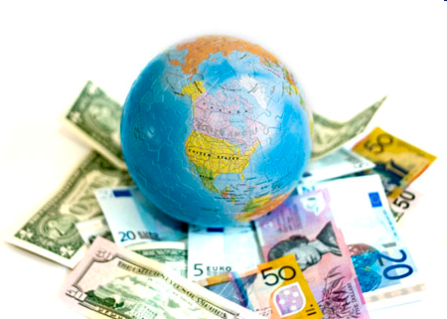 New Orleans  ACORN International and its affiliates in numerous countries have been hammering away at the cost of remittances for several years now and often all we have to show for the effort has been some dents in the wall and bruises on our foreheads.  We’ve succeeded in getting legislation introduced in different provinces and countries but have failed to find the finish line of victory.  We often are slogging in a quicksand of fabricated claims and mumbo-jumbo from money transfer organizations and banking institutions that few are willing to take the time to decipher either coherently or truthfully.Interestingly, despite the fierce opposition we’ve faced, it appears increasingly likely that we will win in the end, even if not completely, thanks to the explosion of increasingly sophisticated mobile phones and the reduced price of smartphones.  Even if we are still struggling to get them to do right, we may still succeed in getting the tools to go around their predatory pricing.

In East Africa, Vodafone and other carriers are finally allowing customers to send money “to individuals on each other’s’ networks across the region,” according to the Times. Orange, the French mega-telecom is allowing “international mobile transfers across several West African countries and plans to extend the service to France…by early next year,” they also report.

According to GSMA, a telecom trade body, “New technology…has helped cut the price of sending traditional remittances in half, to an average of $4 for sending $100.”  I doubt that and would caution that the level of disinformation and self-promotion in the vastly unregulated international remittance market is so wild that every self-serving claim about pricing needs to be taken with copious grains of salt.  But, hey, any port in the storm, and if they are pushing on the Western Union and MoneyGram chokeholds on pricing in many countries, that’s goodnews all around.

A bloated, self-entitled $600 billion global remittance market thriving on predatory pricing for migrant workers and immigrant families has long been ripe for regulation and accountability but at the least we should all be happy with full-on disruption if we can get it.  There will continue to be a huge gap for poorer families still priced out of the smartphone market, but the price drops in India and China on such phones are heartening.  In my recent visit to India the number of smartphones among our hawkers showed a startling increase.

The technology has been there but the banks and MTOs, hiding behind things like the Patriot Act, are clutching their high fees as long as possible, making Western countries the laggards here.  A London-based company called WorldRemit, now valued at half-a-billion is allowing people “to send remittance transfers digitally from more than 50 countries and receive money in over 115 countries,” according to the Times.

The movement of money has long been automated and computerized, but the transactional economy and the relative powerlessness of migrants and immigrants, allowed companies to keep the prices unreasonably high even as the costs of transactions fell precipitously.Finally consumers may be about to reap some benefits.  The times for transfers are shortening from days to hours.The procedures are automated.  Our best hope seems to be mobile phones and smartphones that are inadequate still in breeching the digital divide, but at least might be sophisticated enough to move money from place to place cheaply.

No Money No Honey (Vaanam) (Tamil)