Hillary Rodham as an Intern in the Summer of ‘71 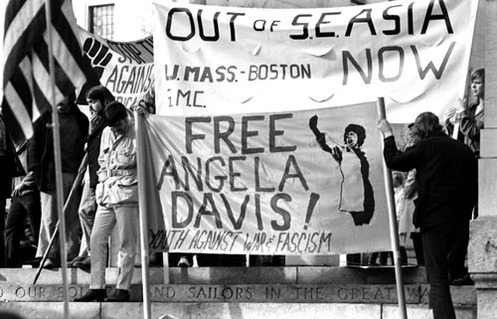 Montreal    The final brick that far right conservatives and the blogsphere try to build in the Hillary Clinton, “girl radical,” wall is her 1971 summer internship with the Oakland-based “movement” law firm Treuhaft, Walker, and Burnstein that specialized in civil liberties, civil rights, labor, and the gamut of whatever was needed by the Bay Area left at the time.  Every piece of available evidence seems to indicate that whatever might have been happening in that firm, Hillary Rodham was a diligent and hard worker according to Malcolm Burnstein, one of the partners, and the experience all flowed over her like water on a duck’s back.

It is easy to see the attraction of spending a few months there.  First, compared to the dreariness of New Haven where she was attending Yale Law School, she would be living in the bounty of the bay area with an apartment in Berkeley at 22 years old.  Heaven at the time, no doubt!  Burnstein has reported no memory of the cases she might have worked on.  Perhaps child support, he thought or possibly landlord-tenant cases, because the firm was dealing with a lot of that as well. Nothing major, he recalls.

Nonetheless Treuhaft, Walker, and Burnstein must have been an exciting place just to hear about what was going on at the water cooler, because the three partners were in the thick of the action.

Robert Treuhaft was a long time labor and civil rights lawyer in the Bay Area, perhaps equally famous as the second husband of Jessica Mitford, one of the even more famous Mitford sisters.  He was reportedly the unacknowledged co-author of Mitford’s well-known expose of the funeral industry, The American Way of Death, which he inspired and researched with a year’s sabbatical from the firm.  Hillary would have also no doubt heard about Mitford’s book published in 1969, only two years before she was internship, concerning the losing anti-draft trail for Dr. Spock, Marcus Raskin, and others.  Both Mitford and Treuhaft were former Communists, but that was many long years before Hillary walked through their door.  Mal Burnstein was no slouch as well and handled many of the arrests and legal proceedings involving the Berkeley Free Speech Movement.  He also was a natural lawyer-of-choice for Vietnam War protestors and many of those protests cases and draft resistance beefs would have no doubt still been on the docket while she was passing through that summer.

Even more interesting to Hillary might have been watching the whirlwind of Doris Walker, the third partner in the firm.   Walker had long stood up for and battled back against discrimination based on her longtime membership in the Communist Party, but that would have been of no moment in 1971 to an intern.  On the other hand, the fact that Walker was one of the lawyers for Angela Davis and the lead counsel in her trial being conducted during that period would have been like a ringside seat to history.  Davis, an embattled professor at the University of California both for her Communist membership and her fiery speeches, had been arrested in 1969 as an accomplice in the killing of a Marin County judge and others in the jailbreak at the trial of Jonathan Jackson, younger brother of George Jackson of the Soledad Brothers. During the summer of 1971,  the support for Davis was at fever pitch.  There were sixty support committees around the country.  There were a half-dozen lawyers involved in her defense that was estimated to cost a half-million at the time and involved, reportedly for the first time, psychological profiling and consulting for jury selection. Hillary would have had to have been unconscious throughout the summer not to know from the lawyers and the associates of the firm, all of the drama and details of the preparation for Davis’ defense.  On top of all of that, during Hillary’s internship, Walker was also head of the National Lawyers’ Guild and is widely credited with reviving the organization during that time.  The law firm was action central!

All of which proves absolutely nothing other than the fact that Hillary’s youth had a good measure of spice and chili powder before she hunkered down and chose the corporate track after graduation with the white shoe, corporate practice of the Rose firm in Little Rock once she landed there.  She was alive in the sixties and early seventies, and she got to “see action,” but clearly no matter how close she was to the flame, she flew as far away as she could possibly get.

Association and acquaintances mean nothing.Action and allegiance mean everything. Hillary had a choice in the summer of ’71.  She absolutely did NOT choose our side. She was no fellow traveler.  She was just passing through.

Chi-Lites – Give More Power To The People

"Association and acquaintances mean nothing. Action and allegiance mean everything."
- True.