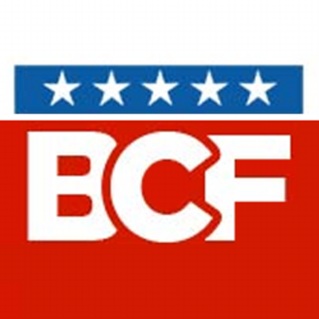 New Orleans    Every once in a while something comes over the transom that is so wildly ridiculous, it approaches the sublime.  A longtime colleague, Mike Stagg, now living and working in the Lafayette area, forwarded me a link to a piece run by the TPM website which occasionally monitors weird and wacky rightwing solicitations.  This one was within the now classic tradition of money trolling by ACORN baiting.  ACORN is the zombie from political hell, and, by god, the Black Conservative Fund presents itself as the “ghostbusters!”

It’s a masterpiece that begins with a recent rightwing internet flurry to quote:

A “successor” organization to the corrupt leftist group ACORN is back in action.  A first hand report proves that they were actually “paying protestors” to wreak havoc in Ferguson, Missouri.

I (the BCF signer) wouldn’t be surprised if these same nasty crooks were trying to start riots in New York and Baltimore.

BCF is the only conservative organization in the world capable of standing up to these radicals.

We are the only group going toe-to-toe with them in the grassroots. Our conservative black volunteers are the only people capable of stopping ACORN from stealing next year’s elections.

Wow, it takes your breath away doesn’t it?  These BCF’ers aren’t just zombie hunters and ghostbusters, but they are freaking world beaters and best-in-class at it.  But, just as your hand and mine were going for our checkbooks, we got confused about why they need money for their so-called “volunteers.”  Luckily, they have more to say:

I (the BCFer) can tell you from firsthand experience that these ACORN activists are NASTY.  Last fall in Baton Rouge, Louisiana our black conservative volunteers endured threats and taunts from liberal foot soldiers just like these.

They called on of our board members an “uppity negro” simply for being a black conservative.

Ok, let me get this straight.  ACORN equals NASTY.  Got that.  But, they are saying their firsthand experience was with folks “just like these” ACORN people, so they are even admitting they are in fact not ACORN.  And, the nasty was some name calling?  These are definitely not people who have ever been inside a public school in the United States if this is their best shot at a takedown.

Now we need to redouble our efforts and take on these ACORN people head-on in the key 2016 swing states.

…here at BCF, confronting ACORN’s goons and beating them is our mission.  It is our calling.

And it’s our specialty!

Now that ACORN has reinvented itself and is paying people to riot our cause is more important than ever.

Reading this drivel just takes your breath away doesn’t it?  The next missives from the BCF will no doubt have them ready to find the UFOs and lurking commies behind the woodsheds and meth houses of rural America.

Thank goodness for these kinds of conservatives.  With the likes of them and their fanciful doubletalk it makes me more confident of our chances for a progressive future.  They obviously haven’t gotten the message yet:  no one votes for crazy!

***
Death – Politicians In My Eyes