Yes, Americans Are Getting Poorer

Posted by The Media Consortium.

The Media Consortium is a international network of over 70 leading independent progressive journalism organizations. We support smart, engaged, high-impact journalism that redefines the political and cultural debate. 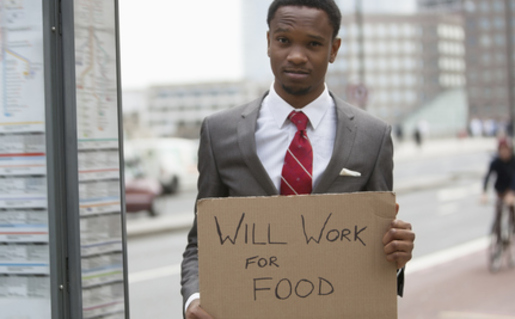 Each debate season, we hear a new group of politicians say, “The rich are getting richer while the poor are getting poorer.” This often confuses Americans who hear the same politicians talk about the financial recovery and employment growth we’ve seen over the past decade. So, what’s going on, and why are so many Americans still having trouble paying the bills?

The economic mess itself has a complex answer, but the question of why Americans’ wages aren’t matching the country’s actual recovery is easy. In short, corporations are hoarding it. CNNMoney reports that U.S. businesses are now holding onto $1.4 trillion. Democratic presidential front-runner Hillary Clinton plans to incentivize profit-sharing so that corporations’ surpluses will finally start finding their way into the hands of American families.

The idea that the “rich are getting richer” is somewhat misleading. While the incomes of the wealthiest Americans continue to grow, the actual amount of money they’re taking home has also dropped. However, in reality, the cost of living means the drop in income growth for the poorest Americans is absolutely devastating while the rich are still taking home an unfairly exorbitant share.

Poor Americans are the group we should be discussing more than middle-income Americans, and the Congressional Budget Office has troubling analyses on why that group is getting poorer. The short answer is that taxes on the wealthy have dropped as the government has had to simultaneously spend more money on retirees aging out of the workforce. So, the poor aren’t being left with the government assistance needed to help pull them out of poverty and grant them access to careers with living wages. Complicating matters are the rising housing costs, which The Economist suggests are largely the result of bad local zoning regulations.

Unfortunately, America’s economic growth is also remaining slow. While the rate is steady, even ignoring economic structures that disadvantage poor and middle-income Americans, we aren’t able to rely on growth to pull at-risk Americans from economic instability.

A number of systemic changes are necessary to improve the lives of non-wealthy Americans. And simplistic answers that just blame rich Americans for the plight of struggling ones isn’t going to fix the problem.

We’ve rigged an entire economic system against poor and middle-income families. Until we address these interlocking issues piece-by-piece, from banking to zoning to profit-sharing and beyond, our inequality will continue expanding regardless of the country’s economic health.

The excesses of billionaires and millionaires may make for cathartic talking points. But the problems facing American families are scarier than any rich cartoon villains. They come down to depersonalized, interrelated forces that will quietly drown the poor and, possibly, currently-middle-income workers.
We need to start fixing the broken pieces right now. We can begin by getting involved and electing leaders who understand the problems well enough to enact solutions, not just at the highest office, but all the way down the line.

This post was written by Chris Sosa.  He is a writer and advocate based in New York City. His work focuses on contemporary U.S. politics and the rights of persons, including animals. He is a regular blogger at The Huffington Post and has been featured on a variety of TV, radio and web shows.

From Empire to Earth Community

Al Jazeera Expose on Grameen Bank
because Al-Jazeera is not available to most American cable television subscribers, they were not able to see this report that questions some of Grameen Bank's ethics and practices as well as those...
Read more...

The Difference Between Having Wealth and Being Rich
Comedian Chris Rock explains the difference between people who have wealth (and seek to distribute it) and people who are rich (serve only themselves). Humorous yet insightful, this is Rock making...
Read more...

Elizabeth Warren Spoof
Elizabeth Warren quickly came to the forefront of the Occupy Wall Street Movement debates with her unflinching support for the 99%. This video, a spoof of her television spot when running for...
Read more...

The American Dream
Is it still alive, or has it just changed in meaning?
Read more...

...It's How They Want It, Isn't It?
A short but powerful piece about how the working poor are portrayed on television and how that negatively impacts their chances at economic security. Control over images remains the greatest power...
Read more...