Every Child Deserves A Home

Stewart Levine is a lawyer, management consultant, mediator, and trainer. His clients and students include American Express, Caterpillar Corporation, Chevron, ConAgra, General Motors, Oracle, and others. 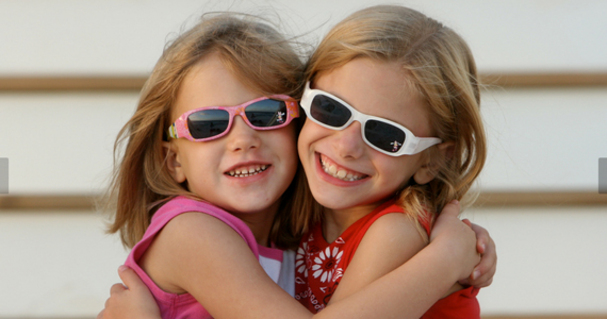 Gail Johnson has spent her professional life working as a children’s advocate, including twenty years finding permanent families for children who lost families through abuse or neglect. Her early success recruiting and preparing families to adopt children with medical, emotional, and developmental disabilities often ended in the frustration of being told such children were unadoptable.

Tens of thousands of children were languishing in the California foster care system, out of reach of the adoptive families they desperately needed. The stakes were high. Within two years, over 50 percent of foster youth who emancipate without a permanent family are homeless, in prison, or dead. With perseverance and a steady focus on the vulnerable children, she led the state to radical adoption reform. California no longer considers any child unadoptable, and Gail is leading a new collaboration with the state to find permanent families for the hardest-to-place children-foster teens.

Gail is the Executive Director of Sierra Adoption Services, a private nonprofit agency whose mission is to transform the lives of foster children by finding and nurturing permanent adoptive families. She credits her success to a willingness to challenge the policy makers with “Why?” The California child welfare system was based on a set of assumptions that simply were not true. How could a child be unadoptable if there were families qualified and willing to adopt them?

When Gail faces conflict with bureaucrats she tells them she knows they are in this line of work for the same reason-they care about children. She invites them to consider another point of view, and help her understand their perspective. She designs services to make their jobs easier. When she is successful, she gives credit to the bureaucrats. She has changed California foster children’s chances to have a permanent family. Her ability to make a difference is her belief that the only person she has the power to change is herself. So she focuses on how she is part of the problem, and invests in learning how to change herself.

I resolve conflict and create partnerships for a living. Gail called me in 1999 when Sierra was engaged in a federally funded partnership known as Capital Kids Are Waiting with a county child welfare agency. The working relationship had fallen apart because of their historical differences and the lack of a clear agreement for results. Gail wanted to resolve both the long and short-term conflict, get beyond mistrust, and forge an effective high performance team. Few people believed the working relationship could be salvaged. The conflicts were resolved, but more important, a working agreement was structured that provided the foundation for solid, healthy working relationships, and a new vision of collaborative partnership. In the year following, 109 children previously considered unadoptable and destined for a life of foster care were placed in permanent homes.

Gail quickly admits that the process helped her see her part in the problem, one that she was blind to. She realized she had been making the same mistake most people make in situations of conflict-looking for what others were doing wrong and never exploring the ways in which she might be contributing to the situation. She was not the only one to see their part. Change happened across the board because Gail had the courage to admit her part in the conflict. Her vulnerability helped the vulnerable children she serves. Because Gail got MAD, thousands of kids have homes and families they otherwise would not.

Stewart Levine is the founder of ResolutionWorks. He forms teams and joint ventures in a variety of difficult situations. He works with individuals, couples, partners, and small and large organizations of all kinds. Getting to Resolution: Turning Conflict into Collaboration (Berrett-Koehler, 1998) was an Executive Book Club Selection; featured by Executive Book Summaries; named one of the Thirty Best Business Books of 1998; endorsed by Dr. Stephen Covey, and featured in The Futurist magazine. The Book of Agreement (Berrett-Koehler, 2002) has been endorsed by many thought leaders and called “more practical” than the classic Getting to Yes. Information: www.ResolutionWorks.org.