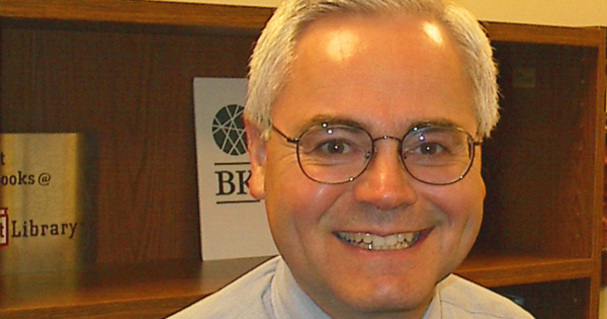 In 1989 I got a call from my boss in New York City saying that there was a corporate-wide workforce reduction going on, and that all units within McMillan were required to reduce their head count by 10%.

At that point Jossey-Bass had sixty-eight employees, and he told me that we would be required to reduce our head count to sixty. For a lot of the New York units it wasn’t such a big deal because they had so much turnover that if they just didn’t fill open positions, they would hit their head count target.

We however had almost no turnover, so we would have had to lay off eight people. There was no rhyme or reason for this. The company – we had just finished a record breaking year in which our sales went up 22%, our profits went up 46%. We had already been approved previous to this happening to hire eight people, and now we were being told, no, you have to lay eight people off.

I refused to do that, and we met with our management and decided we just could not go along with this, told New York this, they sent out my boss and the VP of Human Resources to meet with us to work out how were we going to cut out these people. We sent them back empty handed. Wouldn’t agree to it.

Then I got summoned to New York City. I met in the Waldorf Astoria Hotel with Mr. Robert Maxwell, who had the entire floor, and with the President of McMillan Inc. and the President of McMillan Publishing, who were three layers above me in the hierarchy. My boss was missing. They just skipped him. And they gave me repeated ultimatums that I had to carry out this work force reduction or resign, or I’d be fired. They made no argument that it made any sense for our company. They just couldn’t have this little California unit defying the corporate order.

I politely said I just could not do that. It was not the right thing to do. It would not be good for the company. Flew back to California. They arranged for my boss and the VP of Human Resources to come the following Wednesday. I thought maybe they would come and try and work out some kind of compromise. Instead, they showed up at 2:00 and I was immediately fired and out the door.

The grapevine started working very quickly. The next day I started getting phone calls from people who’d heard about this and were very unhappy about it, from authors, and suppliers that Jossey-Bass had worked with, encouraging me to start a new publishing company and offering to support it in different ways.

Authors offering to send their book projects. A group of suppliers got together and offered to provide much of the infrastructure needed to start a publishing company. Just on the basis of, not even a handshake, just over the phone, offering to provide credit and so on. That’s how Berrett-Koehler actually got started, was all these people calling to encourage me to do so and offering support.

Every company has an orgin story. Often they involve death of other organizatons or lifetime phases occasioning the birth of the new entity--with phoenixes rising from the ashes. The BK origin story fits this mold. It's a doozy!