Strength and Determination on the Pampas 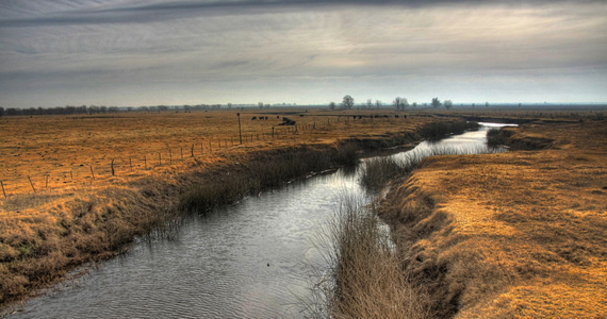 The economic collapse in Argentina reached Western headlines in December 2001 but devastated that country’s rural heartland well before that.

Luci de Cornelis and her family faced economic ruin when they could not make the bank payments on their farm. After exhausting all of their economic alternatives, in 1995 they faced the bank’s foreclosure date. As if things needed to get worse, on the eve of the bank’s foreclosure auction, Luci’s husband had a stroke from the strain and social embarrassment.

“I did not know what to do,” Luci said to me as we sat outside at her friend’s Argentine ranch on a cool fall day. “I prayed for help.”

The day before the auction was to take place, Luci found herself at the local radio station, telling her story into the microphone, asking someone, anyone, for help.

She got help. The day of the auction hundreds of women from neighboring farms showed up, blocking the auction. Without anger and without violence, they joined together and stopped the process. They employed innovative tactics: the women sang hymns and prayed-so loud, they drowned out the auctioneers! They linked arms, forcing the auctioneers to push through a line of mothers and grandmothers.

The women found strength in numbers. What seemed to be a personal tragedy was really a social movement in the making.

Through their informal network, they have saved over 1,000 ranches from auction, over 1,000 families from financial ruin, just by letting other women know when another family was in trouble. Because of their efforts, over 200,000 hectares of farmland are still in the hands of local farm families.

And they do not stop at just blocking the auction. Instead, the women sit down with the bank and negotiate for more time, better terms, lower interest rates. Sometimes, the banks get just as much as they would have received from the original loan-just over a longer time period.

Luci could have stopped once her own farm was saved from foreclosure. However, she saw beyond her own personal situation to view the larger context. Her own farm secure, she still works tirelessly for the security of other families, many of whom she does not yet know.

Sharif Abdullah is an author and catalyst for inclusive social, cultural, and spiritual transformation. His work as a humanistic globalist has taken him to over two dozen countries and to every continent. His writing includes The Power of One: Authentic Leadership in Turbulent Times (Consortium Book Sales, 1995) and Creating a World That Works for All (Berrett-Koehler, 1999) . He is founder and president of Commonway Institute.