Which Social Media Channel Will Work Best With My Activism? 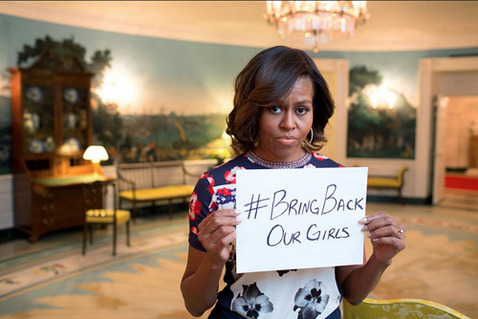 Now that social media is significant to our personal development, we can manage our profiles and are also influenced by the way our online worlds progress. More than that, those who have not historically fit inside the box of manufactured, corporate Americanness possess the opportunity to have their voices heard. Our thoughts manifest in terms of what can and can’t be posted online – these thoughts shape the way we interact with the world, and can now be published at any time, bringing people together in a way we’ve never experienced before. We now possess the ability to build how the world sees us, and conversely, how we present ourselves to the world.

Unsurprisingly, social activism flourishes under this system of publication – without these platforms, the stories of the people and communities affected by #every28hours and police brutality would remain buried.

The major criticism of social media is the simple fact that there is so much. So many apps, so many networks, and so much content that is useless. Which is why we’ve evolved different channels for posting in an attempt to organize information online. Distinguishing the strengths and purposes of each platform is critical for sustaining social movements. In a time where attention spans are dwindling and dependent on the next viral video or hashtag, playing to the strength of each different social network can help support movements and continue to circulate evidence.

Plan Your Protests on Facebook: Facebook centers around human connection. Each person’s profile displays their interests, where they’ve been, whom they’ve been with, and where they intend to go. Although companies have found ways to create Facebook pages, the platform is still primarily used to link real people to real events. Though corporate America would like us to believe corporations are people, these Facebook pages created by big corps simply group their supporters together through the “Like Page” feature rather than “Add Friend.”

With that said, smaller and more grassroots pages can use this function of interconnectivity to share personal stories with anyone. Creating pages arranges people with similar interests and inquiries together. The Millions March, which took place on Saturday, December 13th, 2014, generated the most support by creating the Event Page nearly two months in advance. This national event sparked the largest turnout of protestors across the nation.

Capture Real Time Energy on Twitter: The both beautiful and condemning feature of Twitter is that it works in real time. Twitter users are able to communicate unedited thoughts, ideas, images and articles within seconds. Many are tweets are posted momentarily, making the quantity of content difficult to sift through. However, this is where its strength comes into the discussion as well.

Twitter also boasts the invention of the hashtag, which helps document, group and generate awareness for current events. Trending hashtags give insight into the top-most tweeted topics. The tag #YesAllWomen, for example, gave rise for women telling their personal stories of sexual harassment, further substantiating the need to confront sexism on all fronts.

Independent journalists and activists utilize Twitter to report on events and social issues as they are happening, unfiltered by media corporations. Furthermore, with the advent of hashtags and hashtag culture, those who do not necessarily have a large or far-reaching follower base can tie their stories to the bigger narrative. Tags like #Ferguson2Cal, for example, inform users when protests in Berkeley, Bay Area will take place, and how these protests develop. Live tweeting chronicles events as they happen, rather than relaying coverage in tomorrow’s paper.

Learn from Cutting-Edge Students on Tumblr: Tumblr is by far my favorite and the most conducive to social activism, aside from Twitter. Although Tumblr does not work in real time the way that Twitter does, Tumblr users work primarily anonymously to provide their social commentary that is predominantly lead by students– high school, college and graduate. What initially served as a platform for distraction and procrastination is now a site in which articles, images, tweets, and screenshots of Facebook posts are all shared.

Tumblr hosts everything and it is all collected on a dashboard. Your blog is your avatar – it is a representation of your interests and work and can be operated completely anonymously or personally. More importantly, the comment feature on blog posts is the most valuable asset of the site. The culture that Tumblr has created is that of informing others of their lived and learned experiences. Coverage of protests in Ferguson are pooled together with the #Ferguson tag, and stories of of injustice can be found in the #BlackLivesMatter tag, but they are not necessarily posted by journalists or companies, but instead, chiefly by young student activists. Major liberal online publications, such as Salon, Mic, and Buzzfeed have active Tumblr blogs in order to reach this younger audience. This means that news is shared much more rapidly and interspersed between personal blog posts.

Recruit with Social Values on LinkedIn: LinkedIn is the social media platform of work networking and job hunting. In an effort to promote interpersonal relationships nurtured by LinkedIn, companies can now use their profiles similar to the way an individual would use Facebook; posting articles, adding connections, and promoting company values, making their brand a little more human.

Companies can now communicate their values as a blog would, but on a much more widespread, professional platform. If you want to combine your activist values with your professional life, LinkedIn can be a way to locate companies that share those values. Unilever, for instance, a British-Dutch multipurpose consumer goods company, recently posted their support on LinkedIn for the #HeForShe campaign, bolstering their involvement in fighting for gender equality.

Instagram Can Be Focused on Appearances: I'm going to be honest, I’m extremely biased and don’t like Instagram. Instagram, though, does contain benefits for social movements. Recently #BlackOutDay took place on Friday, March 6th, and sought to reclaim beauty outside of what’s shown in mainstream media. The day flooded feeds with selfies depicting Black confidence, representing the need for a new definition of beauty in a world that constantly seeks to reaffirm whiteness as ideal. Instagram was filled with selfies tagged by #BlackOut in order to inspire those to rethink and expand the definition of beauty – a very necessary step in maintaining the revolution of racial equality.

If you want to see images captured at protests, I suggest you track them through Twitter and Tumblr handles and hashtags. Through my own personal and emotional research, I’ve found that Instagram is the most shallow and self-serving platform. While this might be my own profile and feed, I leanred that the majority of posts are selfies, even selfies of those attending protests. When searching for images gathered from protests, activist events, or forums, I much prefer pictures of others in the crowd, not simply documentation of the person attending. Even searched hashtags that are prevalent on Twitter or Tumblr are sparse and limited on Instagram. There are moments, like #BlackOutDay, that are only possible on Instagram which add to the robustness of social movements.

With this breakdown, you too can identify your desired outcome and post accordingly. How have these platforms helped get your message across? What kinds of online activism do you believe are most effective?

The Promise of the 21st Century