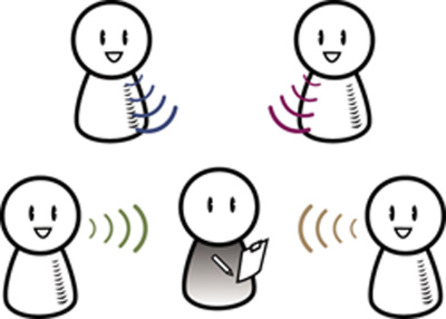 “The idea that we cannot apologize to former enslaved and First Peoples for past inequities because we are not the ones who perpetuated the evil misses the point. By receiving sorrow, hearing admissions, allowing reparation, and participating in reconciliation, people and tribes whose ancestors were abused give new life to all of us in the world we share.” – Paul Hawken, Blessed Unrest

My most obvious flaw is a derivative of arrogance. Well, arrogance is included. It reveals itself in a way that I have become increasingly aware of as I mature. Namely what I believe to be obvious to me, must be obvious to everyone. A dangerous assumption to make, especially when working in social justice and activism. In order to enable social change, somewhat of a blank slate and an open mind is required to achieve an imagined equality. We need a system of justice that operates outside of what we’ve internalized. This is difficult, to say the least, to do in a culture that hinges on moralistic dichotomies. Our moral conundrums are limited to political binaries. There exists only black and white spaces, and gray areas are eradicated by political platforms and bipartisanism.

Do these sound familiar?

We are presented with seemingly incompatible viewpoints and then are forced to choose between the two. But in thinking about our personal moral composition, we know it’s not this simple. We cannot boil down our intricate array of human emotions and responses to into crude boxes. You could make the strong argument that we’ve been systematically coerced into doing so.

I ask myself, if I know that neither side of the prevailing binary fully encompasses my moral concerns; what does this say about my personal shortcomings and struggle with making assumptions about others? Is there a space that functions outside of these binaries?

Exhale Pro-Voice is a non-profit organization that puts women’s experiences with abortion at the forefront of the narrative. Remarkably, instead of focusing on the political significance of the Pro-Choice/Pro-Life debate, she shifts the attention to the storyteller, emphasizing their needs, desires and reflections.
This shouldn’t be a revolutionary concept, but you’d be surprised how often these stories are ignored, even in the realm of Pro-Choice advocacy. Think about the Pro-Choice preoccupation with rape victims, which is a massively important issue we need to aggressively combat. However, many cases of abortion do not come about directly from this egregious injustice, but rather a diverse variety of scenarios that are not conducive for raising in human life. Ignoring these stories further stigmatizes abortion.

Aspen Baker has nurtured a process by which we can all learn to be more thoughtful listeners, rather than relying on our own experiences to dictate how we perceive others. Ethical storysharing places women and their stories of abortion at the center of the conversation. It transcends Pro-Choice/Pro-Life, and these women are granted the autonomy to voice their discomfort, pain, relief, and all other forms of reconciliation through sharing her story of abortion. They can talk, share, listen and inspire others to do the same.

Social movements, as Baker discovered, have a harsh tendency to dissect stories and take out the points they find politically valuable. Sadly, this fails miserably in recognizing that it is the brave storyteller themselves who possesses intrinsic value, regardless of their political alignments.

It is with ethical storysharing that I can break down the walls of my hyper-individualism and see beyond what I know. My story is my own, and should not inform the assumptions I make about others. Humanity is far too complex to make ill-informed assumptions.

Ethical storysharing is a practice that is used in virtually all forms of social advocacy, and acts as conduit through which we can hear stories that illuminate a larger societal problem.

Take one of our most pressing, long-standing struggles for justice – the cultural acknowledgement that #BlackLivesMatter. Stories of police brutality against African American communities nation-wide are largely ignored if not vehemently denied, and have only recently begun to surface in mainstream media. #TrayvonMartin, #MikeBrown, #EricGarner, #FreddieGray, #AiyanaJones, #TamirRice, #RekiaBoyd are only a miniscule few cases elevated to national attention, and the list is devastatingly long. Upon learning of these cases of police brutality resulting in mass-incarceration and murder, a generation of young activists is ignited to challenge the tyrannical cultural framework.

Hashtagging the names of victims is the point of departure to participate in ethical storysharing. Choosing to receive the story in its entirety prior to responding reduces our steep inhibitions and slows ingrained prejudice.

There are more subtle ways of detecting our own inability to see beyond our nearsighted horizons. Recently, the deconstruction of the word “thug” and its cultural implications in Baltimore has brought together two historically antagonistic gangs, the Bloods and the Crips . This union, as mainstream media would have us believe, was forged out of a mutual pact to wage war against the police. In truth, the exchange between the two gangs levied the importance for protecting the Black community from the police, above all else.

The reporter covering the truce between the rivaling gangs begins the bit with relaying to viewers that “…throughout the night, I’ve had a number of young people stopping me and saying, ‘you need to talk to us.’” The clip then cuts to a young Black man, standing in for both the Blood and the Crips, proclaiming, “we did not make a truce to harm cops, we will not allow y’all to paint that picture of us.” Corporatized, mainstream media consistently attempts to conceal a notorious track record of manipulation for the benefit of continuing a tidy, oppressive racial narrative. By documenting and airing this interview, the misconceptions surrounding gang relations in Baltimore during the #BaltimoreUprising opened the dialogue in thinking about empathy, and most essentially, the pain inflicted on these communities.

From Here On Out, Our Stories Matter Most

Using a refined process of ethical storysharing uncovers an abundance of stories that would otherwise remain lost in systemic oppression. In learning of these stories, we become conscious of normalized anti-Blackness, as enforced by a militarized police force. To realize that racism, in our colorblind world, has in no way solved itself, we had to first listen.

We are all capable of listening, but to draw connections between individual stories and the larger social issues involves setting aside prescribed notions of universal experiences. In Baker’s work with Pro-Voice, she found that the more people we were willing to listen, the more other’s felt a sense of bravery to share their own story. Conversely, communal storysharing established on the understanding that listening to the whole story first is the utmost priority, conditions us to become more considerate and respectful towards the complexity of human life.

It's writing like this that can make me feel optimistic about the future. Please stop!

thanks jeevan! what high praise!