Learning the Language of Positivity 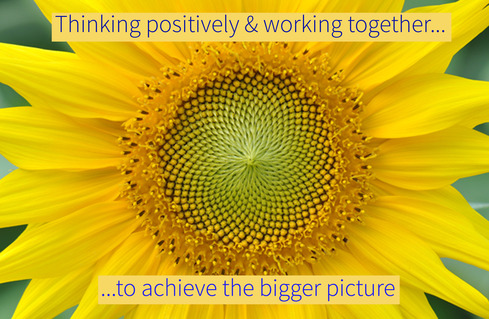 How Bilingualism Can Lead to a More Positive Culture

This past Monday, we had the pleasure of hosting author of Deep Change: Discovering The Leader Within, Robert E. Quinn during one of our beloved Author Day Lunches here at BK. He is currently a Professor of Management and Organizations at the Ross Business School at University of Michigan. Quinn is in the midst of working on a number of different projects that BK is thrilled to be a part of, surrounding the process of transforming inhabiting and evolving the meaning of positive organizations.

We here at BK recognize the need for positivity and opportunity within a growing business. Though BK prides itself on social awareness and changing the culture of organizations through collectivity and the transmission of ideas, we are often confronted with the reality of constraint and realistic possibilities.

Case and point – the independent publishing industry’s dependence on Amazon for distribution, BK included. While we would like to shift away from the Amazonian monopoly and steer towards creating online spaces for book distribution and listings, the present reality does not allow for much “positivity.” There is a cultural addiction to the online retailer, and more importantly, consumer trust and reliance. We are bound to the convention of listing with Amazon, but still want to explore opportunities for other bookselling start-ups, or even more so, how technology changes the way we interact with both the book and the author. We have to recognize the very real potential for failure in speaking in exclusively positive language while still challenging convention so that growth is inevitable.

So, how can we simultaneously respect the limitations of convention while still guide the culture towards positivity and interconnectivity?

Now the term "positive organization" may seem elusive, however, Quinn translated his research for his upcoming book, The Positive Organization: Breaking Free from Conventional Cultures, Constraints, and Beliefs, into a metaphor of becoming bilingual. As he explained, all organizations are political, and therefore generate cultural capital. Within the realm of organizational structures, he elaborated, there exist two realities. There is the more frequented and studied route of economics and its basic principles; conflict is inevitable and resources are scarce. The other reality, the road less traveled by large organizations, is that of positivity. He breaks down the two realities in the framework of a mental map: (condensed version below)

Though the conventional mental map implies a failing organization, many skirt along operating within these boundaries. On the other hand, the positive mental map requires going the extra mile, in fact several, for the greater good of the organization, which calls for a more active leader and team. Bilingualism between the two maps, according to Quinn, becomes the way in which we can imbue organizations with purpose and limit problems.

To move towards a societal norm of positive organizations, Quinn argues we must break free from the frequented reality of conventional organizations, powerfully, and create a new culture for positivity to survive, let alone thrive. He theorizes that “…to become bilingual [is to] understand the reality of constraint while also embracing the reality of possibility.” We must simultaneously understand and speak fluently the two languages in order to evolve a stronger and more conscious organization. With this move to fostering a culture of positivity and collectivity comes the responsibility of sacrificing for the common good, but in the end, we allow for greater capability and opportunity.

Trust and Betrayal in the Workplace

Building Effective Relationships in Your Organization

Five Community-Owned Businesses That Are Thriving
Marjorie Kelly's latest book explores a new model of ownership where an entire community shares a business which in turn gives their best interests (and not shareholders' interests) priority and...
Read more...

Social Sector Meets Start-Up Efficiency
More often than not, social sector startups fail to gain traction on enabling the change that they wish to accomplish. Why is this an industry norm?This past Wednesday, we were joined by author...
Read more...