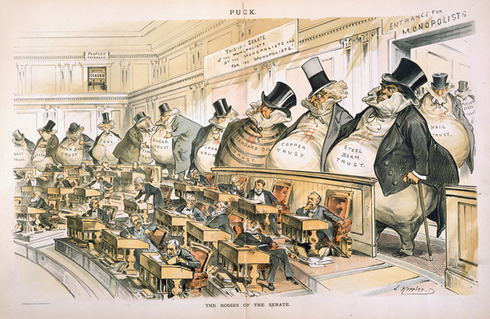 When it comes to American politics, there seems to be more overwhelming despair than ever before. This despair has grown into a multidimensional, crushing weight that causes unapologetic political apathy. We are so entrenched in a bipartisan system that when neither party represents us, we resort to disengagement rather than fighting to uphold true democracy. But still, there is hope.

This bipartisan system has thrived on the frightful policies of campaign donations and finance. The 2010 Supreme Court Decision Citizens United v. Federal Election Commission upheld 1st Amendment Free Speech in relation to campaign donations. In other words, there is no limit to what corporate and for-profit organizations can donate to political campaigns, which means they directly influence political speech. Not only that, these campaign donations heavily guide the reach of political advertisements - the more money a campaign receives, the more ordinary voters view the ads. The most contradictory point in all this is that these ads are not viewed as paid speech; they are protected by the 1st Amendment. This is all despite the fact that many campaign coordinators and politicians view securing more funding and donations as essential to winning elections.

The Citizens United decision proved to be egregious in thinking about the influence that businesses have on our country’s politics, and more specifically, our politicians and representatives. If there is no limit to the authority that corporations hold over our political system, what hope is there for the individual voter? Citizens United vs. FEC made apparent that we are living in a full-blown, brazen corporatocracy. Moreover, American democracy resembles more of an idealized myth rather than a reality, all thanks to the corporate 1% controlling Congress, with further support from a conservative Supreme Court.

Derek Cressman, who initially began as an environmental activist, made the jump to tackling the prolific corruption in campaign finance in the early 1990s. He discovered, unsurprisingly, that all other environmental and social change-making policies would fall victim to a broken political system that bolsters corporate interests above remedying social issues. Cressman has dedicated the last 20 years to fixing the political finance system, so that we can ultimately resume working on social and environmental activism, rather than fighting Big Business’ influence over our government.

We can resurrect a colonial-era, democratic process that puts voters at the forefront, called voter instruction. When I searched voter instruction on Google, it became clear that this process is hidden deep within our history. Cressman came across this term while investigating the induction of the 17th Amendment, which regulates the direct election of Senators, who prior to 1913, were selected by Congress. This amendment appeared on the ballot by voter action, and individual voters demanding that they have a say in deciding who would come to represent them. It’s this bottom-up democracy that we’ve completely lost sight of in our current political framework.

Voter instruction, then, is a method through which voters can inform elected officials and upcoming candidates by refusing to continue to support them unless they heed their demands. Although it’s not a legally enforceable technique, it is a Constitutional right that we all possess. We are able to withdraw our will to be governed from an official who does not adequately represent his or her constituents in favor of someone who does. While it may seem simple, it adds nuance to the gap between active participation and apathy. Voter instruction requires thorough research of all current candidate platforms, and strengthening the ability to discern which candidate best serves our concerns. Bottom line, elected officials still require a popular vote to win an election. Whether voter instruction reinvigorates incumbents or opens spaces for building new platforms, it’s a process that has resulted in real Constitutional changes.

On the 2014 California ballot, Proposition 49 sought to repeal the Citizens United decision of corporate influence on Californian politics. This process of voter instruction is so inconspicuous in our history, that when voters lobbied to have Prop 49 put on the 2014 California ballot, the California Supreme Court removed the proposition altogether. Not even our highest court, an ostensibly immovable force, is aware of the potential power that voters can harness. We were never even given the chance to practice our own political free speech, which the 1st Amendment explicitly protects, to get corporations out of our government.

However, herein lies the hope. We can use the power of voter instruction and American political history to facilitate change for the future. Instead of falling prey to political apathy, we can breathe new life into the will of individual voters through this practice of voter instruction by generating awareness for it. There are historic and current modes to lifting voters’ voices to guide the way we want to be represented in legislation. Cressman’s work highlights and explores a conceivable and powerful avenue for redress against the current corporatocracy. We can begin with voter instruction to remove Citizens United.

Keep an eye out for his upcoming book with BK, When Money Talks.

Walk Out Walk On

A Learning Journey into Communities Daring to Live the Future Now

What If Boomers Can't Retire?

How to Build Real Security, Not Phantom Wealth