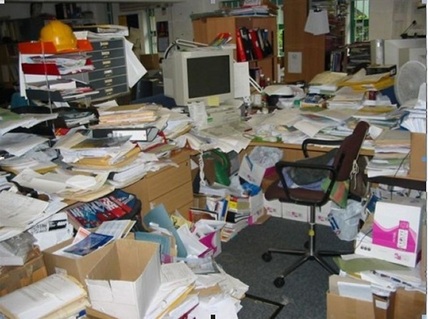 As a newcomer to the world of publishing, I entered my summer internship at Berrett-Koehler with a naïve sense of idealism – an idealism that has been transformed into a jaded wariness after only a few months of reviewing incoming proposals. I have been pleasantly surprised in some cases but also shocked in others by the caliber of unsolicited proposals that come across my desk.

To learn how to make your proposal stand out, read this blog. However, if you want to make sure your proposal is promptly and efficiently discarded, just be like these people (all real submissions though names have been removed):

It took me 30 seconds to reject the Google-me-guy. If your marketing or platform sections include the phrase “just Google me,” there is a 100% chance I will not be Googling you, or have anything else to do with your book.

2.THE ALL CAPS GUY

IF A SIGNIFICANT PORTION OF YOUR PROPOSAL IS IN ALL CAPS, IT MAKES ME THINK THAT YOU LIVE ALONE IN THE WOODS IN A SHED WITH NO ELECTRICITY BECAUSE “THEY” MAY BE LISTENING. OR YOU MIGHT ALSO WANT TO EVALUATE YOUR SECURITY WITH YOUR MASCULINITY (YES, IT’S ALWAYS MEN WHO SEEM TO DO THIS).

When your opening line is something like, “The hot potato that is the healthcare industrial complex is a slippery time bomb about to roll down the slope of the American economy to light the fuse on the recipe for disaster!” I am not tempted to continue reading. Besides the atrocious writing in general, no editor or agent is going to be a huge proponent of cliché metphors, and idioms.

4. The guy trying to make the workplace sexy

Nobody wants to read a book about workplace dynamics that has the words “libido,” “nude,” or “sexy” in the title. I would imagine that the only people who are interested in the idea of making the workplace sexy also significantly intersect with the viewership of this reality dating show. If you want to get to no quickly, try adding any of the three aforementioned words to your title.

Want to know the title of this last proposal? Frustrated by the fact that there isn’t one? Precisely! The title of your proposed book tells me a lot about your message, focus, and approach. Not including the title of your book anywhere in your proposal or query email guarantees confusion, and following that, failure.

The Laws of Lifetime Growth

Always Make Your Future Bigger than Your Past

The Referral of a Lifetime