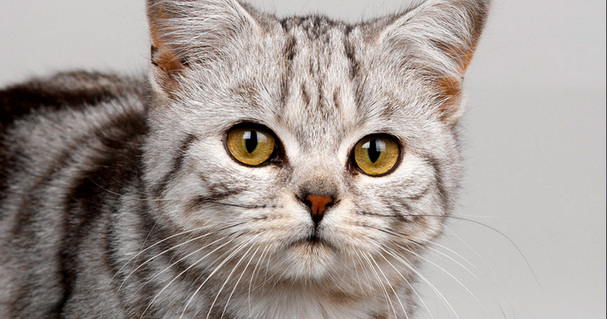 I thought I wasn’t hearing correctly. “Did you say 31,700 cats and dogs?” I asked hesitating. “That’s correct. For every 87 cats and dogs brought into the county shelter each day, 73 are euthanized. That comes to a little over 26,500 a year,” replied Bill Armstrong, the head of animal control. “Wow. It’s hard to believe that our community tolerates that!” I reacted.

Bill has the tough job of running animal control in our county. His facility is a place of last resort where most animals that enter never leave. The number of cats and dogs “put to sleep” each year is staggering and adoption doesn’t make a dent in the numbers. While the animals that are healthy and have a good temperament are placed into adoption, the vast majority of animals coming into this county shelter will die by lethal injection and be cremated.

In Florida where I live, we have a disproportionate number of feral cat colonies. One of the reasons for this is that the warm weather affords an extra birthing season. Feral cats are the subject of a bitter controversy here; the Florida Fish and Wildlife Conservation Commission (FWC) sees feral cats as threats to endangered birds and other wildlife, and does not support Trap/Neuter/Release programs on commission-managed lands. Worse yet, the FWC has attempted to put into law the right of its officers to destroy feral cat colonies that they deem dangerous to birds. Animal welfare groups want to spay and neuter the colonies and let them live out their lives until the colonies become extinct through aging. Programs in San Francisco and other places show that sterilized feral cat colonies have few negative impacts on the community and are a critical factor in ending the needless cycle of unwanted animals.

With a passion for making a deplorable situation better, Bill got involved in a newly forming coalition of animal welfare advocates called No More Homeless Pets (NMHP). NMHP has a simple purpose-to stop the euthanasia of healthy cats and dogs in our community. Bill attended NMHP meetings for over a year before becoming a member. As an animal control officer in the state and subject to its laws and politics, Bill made the decision to be part of NMHP despite the fact that feral cat supporters are part of this same coalition. He faced criticism from his more conservative peers who are not supportive of Trap/Neuter/Release programs or any attempts to negotiate on this emotional issue. Despite the pressure, Bill could not deny his ethics and felt there must be some solution or compromise. His joining NMHP took tremendous courage.

Bill’s presence has completed a circle. Now the entire community of animal welfare agencies and advocates are united in eradicating this problem. Bill’s presence allows us to apply for grants that require community-wide collaboration. The lesson I’ve learned from Bill is that acting on your own convictions can tip the scale one way or the other. Fortunately for NMHP, Bill went from observer to active member of our coalition. Other animal control officers would not be as brave and would fear a reprisal from state authorities. In whatever we are passionate about, it’s important to get clear on our stance (even if it takes a while) and to find ways that we can support what we believe is right and reflect our commitment in all we do.

Mary Hessler-Key, Ph.D. is an international consultant, executive coach, and speaker. She specializes in helping entrepreneurs leave a legacy that positively impacts their business. Dr. Key is the author of two books, (The Entrepreneurial Cat: 13 Ways to Transform Your Worklife (Berrett-Koehler, 1999) and What Animals Teach Us (Random House, 2001). For more information visit: www.marykeyassociates.com and also the No More Homeless Pets website, www.nmhp-hc.org.