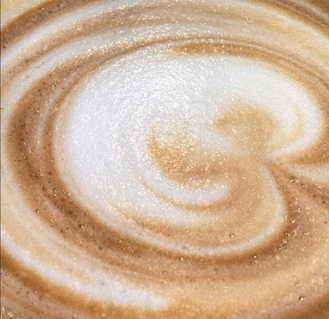 Excerpt:  A Corporate Success Story from Stepping Up (Berrett-Koehler, 2012)

The Story Behind the Starbuck’s Frappuccino (pg. 93-95)

Not only is leadership not a position, but the truth also is that you can't notlead. That is, whether you want to or not, you are influencing others. Simply by showing up a certain way in our life and work, each of us creates a ripple even if we don't intend to. Try this little experiment. Next time you enter a conversation that is negative, intentionally shift gears and watch what happens. If someone is talking negatively about your company or a coworker or a mutual acquaintance, turn it around and make a positive comment. Watch how the energy shifts. In fact, by saying nothing we are actually taking a leading role without choosing to do so. That is why bullying experts talk about bystanders being a critical element of bullying culture in work or school. Doing nothing thus is a form of leading. Or try one day to have no influence at all. Simply be quiet on every issue that comes up. Before you know it, people will be pressing you for your viewpoint. Your very silence and desire to have no influence in fact will have influenced the course of the conversation.

Part of stepping up is deciding to lead bigger than the prescribed formal role you have. Your job description may say you have a certain responsibility, but if you want to get ahead, decide to lead bigger than your role says you should. Here are some of my favorite examples. You probably have had a Starbucks Frappuccino, and you may have guessed that the Frappuccino had a huge impact on Starbucks' profit growth. What you probably don't know is the story behind the drink.

According to Howard Behar, former president of Starbucks International, the Frappuccino almost never got launched. In the mid-1990s in Santa Monica, California, a local coffee shop was serving a cold dessert drink that was taking away customers from the local Starbucks stores in the summer months. Some front-line staff members and the local manager felt they needed to get some blenders and create a drink to compete with the local business.

Dina Campion, the manager of the stores in the Los Angeles area, gave Behar, her boss, a taste of the drink and said that about thirty people every day were asking for the dessert drinks. According to Behar, he floated the idea up to the senior team at Starbucks. Although executives liked the drink Behar says, ‚“The marketing manager who was in charge of product innovations said we were in the coffee business so he thought it was not the right product. The final vote was seven to one against. ‚” Behar delivered the bad news to Campion and her team.

In most cases that would have been the end of the story, but Behar says, ‚“Dina was like a little dog with sharp teeth. She stayed on me, kept calling me and then finally went ahead and started serving the drinks anyway. ‚” It was not in the store manager's job description to come up with new products. In fact, Starbucks had a group of people whose job was to create new menu items. But the folks in Santa Monica kept bugging Howard, then vice president at Starbucks. They kept pushing, saying this idea was a winner, even when the answer came back as no. They started experimenting anyway. Within a few months, sales of the new drinks skyrocketed.

The perseverance paid off, and the cold drinks became a major product for Starbucks, in part because a few people led in an area where they were not supposed to be leaders. They did not let position get in the way of choosing to lead. The Frappuccino eventually became a three billion dollar product for the company. That's the way Howard Behar told me the story. Even though the exact details may depend on whom you ask, the one thing for certain is that the folks in Santa Monica had a big impact on the company.