Sometimes, The Good Ones Do Win

Neal Maillet has worked in book publishing for more than 25 years, and is responsible for acquiring and editing roughly half the titles BK publishes each year. 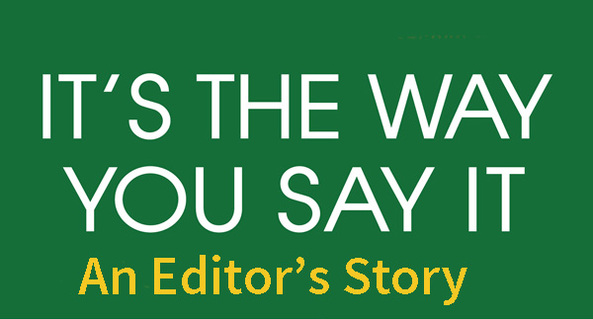 It's the Way You Say It is on sale until September 28th, for 50% off, as part of our "It's Cool to Be Human" book collection. Learn more here.

Carol Fleming's Second Edition of "It's The Way You Say It" is the first book I've edited that had been previously self-published successfully. We knew Carol’s first edition was a winner, but I sure hoped we wouldn’t break something that didn’t need fixing as her new publisher! Our sales recap of her recently released Second Edition provides insight into the quality of the concepts asserted as correlated to book sales, both domestic and international.

I can confidently say that Carol’s book has exceeded all expectations and continues to amaze us with it’s rock-steady sales rate from month to month. We’ve sold more than 20,000 copies in its first year of sales at our company, which is bestseller territory. You could set your clock to the monthly sales rate of her book, which is almost always hovering between the 10,000 and 20,000 sales rank on Amazon—rarefied air for Amazon that is reached only by some books and explicitly when they’re newly released. I’ve only been involved with publishing a handful of books with such a steady rate. This informs us at BK that the need for her book and the recommendations people make for her book are constant.

Interestingly enough, though Carol’s book focuses on speech, that doesn’t mean it’s confined to the English-language or even an American market. We’ve sold translations in Thai, Arabic, and Russian. Our publishing partner in India, Harper Collins, has also published several thousand copies under their imprint as a local edition, suggesting the concepts put forth internationally transcend communication strategies. Carol had already sold nearly 8,000 copies on her own over several years, so we really had to step up our game!

We can conclude that Carol’s book is proof that good quality will find a market, which is substantiated by our sales recap, and did not require glitzy sales materials or big publicity budgets. This is a book that proved itself on the merits. It’s also interesting to note that we see very few “returns” of her book in a notoriously “returnable” book business. First year returns can be 30% to 50% for a new paperback. Carol’s return rate is 6%. Congratulations to Carol Fleming for writing a book that tens of thousands of readers have found useful and helpful in their lives. Sometimes the “good ones” do win!

It's the Way You Say It

Moving from Manipulation to Truth and Commitment