The New Abnormal: Reflections on Paris 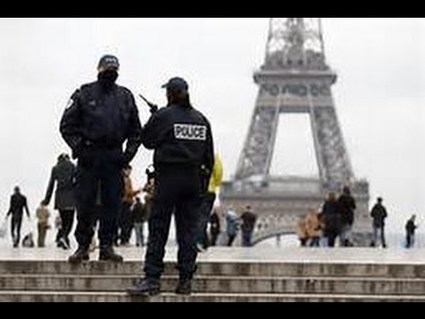 We are hearing expressions of shock and sympathy for Paris on all sides, which is appropriate as far as it goes – but it’s not nearly enough.

It is clear now that instead of lurching from crisis to crisis, we need to get off this disastrous path.

After expressing our condolences we should be saying, “Let us now pledge ourselves to get to the root of this problem” – and have the courage to follow that inquiry wherever it leads.

When Mahatma Gandhi wrote Hind Swaraj or Indian Home Rule in 1909, as it were firing his first shot across the bow of the empire that he would finally sink, he addressed the now classic essay not to the British (the original was published in Gujarati; only when the British banned it did he bring out the English translation, ironically, and reach a vastly greater audience) but to his own countrymen. And he told them, “The British did not take India; we gave it to them.” His purpose was not to offend but to awaken them, namely to the fact that they were not helpless, as they supposed.

They had agency waiting to be taken. And so do we.

ISIS is a monster, but it is not a monster that simply sprang up from the earth for no reason. ISIS and modern terrorism is a monster that is partly of our creation. We created it in “shock and awe,” where we laid waste a nation of some 37 million people for a “reason” that was a lie, in the atrocities of Abu Ghraib, in the innumerable small acts of intolerance that are likely now to increase, in the checkpoints of Palestine where pregnant women lose their babies because they are not let through – and all the acts of humiliation and oppression being meted out to the people of Palestine as we speak. And it is in these places that we can uncreate it. We cannot defend ourselves against terrorism by creating more of it. Then how can we?

Gandhi had another gem to share, later, when his nonviolence matured. Reporting from his own experience he famously said,

“I have learnt through bitter experience the one supreme lesson, to conserve my anger. And as heat conserved is transmuted into energy, even so our anger conserved can be transmuted into a power that can move the world.”

The crisis in which we find ourselves demands first of all that we learn this “supreme lesson.” Of course we are angry. How could we not be? But what will we do with that anger? Hunt down the perpetrators and visit punishments on them along with innocent bystanders (because let us not fool ourselves, ‘clean, surgical’ strikes in the age of drones are a myth)? Lash out against other Muslims or Arabs (or what have you) in random attacks – in other words, respond in kind? Or will we, as Martin Luther King said, “express anger under discipline for maximum effect”?

So the first step in this mighty conversion – the change of course that will bring back to the security that’s slipping away from us – will be to face the fact that we are not merely victims; we are caught up in a spiral of violence that’s at least partly of our own making.

There are terrorists out there, but in order to deal successfully with them we have also to address two internal enemies righteous indignation (aka anger), and complacency. In addition to the sorrow we’re feeling and the anger building up behind it some editorials are saying that New York, Madrid, Mumbai and now Paris are the “new normal.” There is no such thing as a “normal” that leads a civilization over the brink of what MLK called “spiritual death.” We have to come to grips with the violence that we have actively or passively made ourselves a party to.

Fear, anger and grief are raw material to awaken us – if we use them as such. If we do not use them constructively – and a few suggestions follow – they will work against us.

• Don’t let yourself be drawn into hate speech, against anyone. Support one another in your grief, but not in any desire for revenge.
• Never be drawn in to the belief that this has something to do with “Islam.” Any more than American troops with Bible verses on their weapons have anything to do with the religion of Jesus.
• Never accept this deteriorating state as ‘normal.’ We have agency.
• Familiarize yourself with the real history of a key conflict, Israel-Palestine, which means seeing past the one-sided presentations our mainstream media. Ex: www.ifamericansknew.org. Then,
• Learn about constructive alternatives to this conflict and others, (for example, Michael Lerner’s Healing Israel-Palestine) – and stand up for them. I strongly agree with George Lakey in his recent article in Waging Nonviolence that “To protect themselves from terror, citizens in all countries need to gain control of their own governments and force them to behave.”
• Constructive measures do not rule out saying ‘no’ where it has to be said. Demand that our governments explore non-military relationships with Mideast states (and deny, for example, Israel’s request for yet more military aid). There is such a thing as tough love.

These suggestions can be strengthened immeasurably if we build a framework behind them that can eventually shift our culture away from its dependency on violence. We have found five effective things anyone can do to build this infrastructure from the personal ground up:

• Limit our exposure to the violence and vulgarity of the mass media.
• Learn everything we can about nonviolence. www.mettacenter.org might help.
• Consider getting a spiritual practice, if we don’t already have one.
• Relate in a personal way with everyone, wherever we can.
• Get active! And don’t be shy about explaining why we’re doing all this: because all life is precious and deeply interconnected, as the wisest humans always knew.

This is not a time for revenge; this is a teaching moment. We cannot afford not to learn its lesson.

The post The New Abnormal: Reflections on Paris appeared first on Metta Center.