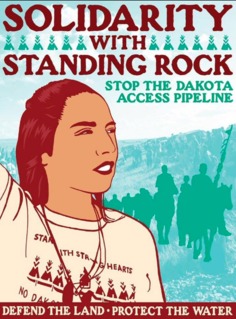 A time for reflection, no doubt, and today that’s bound to be sobering. Violence is eroding the human mind, body, and spirit, indeed life in general, almost—but not quite everywhere. It is just about everywhere that most people would ever look, i.e. the mass media. You and I somehow have the privilege of looking elsewhere, which gives us a unique capacity and responsibility. Let me cite one examples of the great counter force launched by the man who was born 147 years ago on this day, who lay down his life for the cause that was symbolized in the charkha, or spinning wheel, after which he wanted October 2 to be remembered: charkha jayanti, “spinning wheel birthday.”

Humility seems almost too weak a word for the self-effacement that he achieved and from which, paradoxically, grew the power to bring down not only a mighty empire but an entire era of colonial rule. We who endeavor to carry on his great work today may not have reached anything like that kind of self-naughting (speaking for myself, certainly). Yet his guiding and inspiring influence is working in many ways.

In the face of the relentless greed that is driving corporations to ravage the very earth we all live on, including the greedy ones themselves, an indigenous force is rising. Native people, with their innate feeling for the earth, are blocking extractive and other desecrating operations in several countries in Latin and North America (with similar campaigns in South Asia and elsewhere that make even the alternative media less often). They are not alone. A small group of nuns, the Sisters of Loretto in Woodford County, KY successfully blocked the Bluegrass Pipeline (as reported in Yes Magazine on September 26, 2016). But the most impressive example going on in our country right now is the Standing Rock protests against DAPL, the Dakota Access Pipeline. The oppression of the “security forces” hired by Energy Transfer Partners has been vicious; but the Protectors, as they call themselves, have responded with firmness and creativity. Something new seems to be coming out of this cauldron, or several things: not only are we seeing an unprecedented unity among Indian tribes—nearly 300 have sent representatives, and others as far away as Maine demonstrated in solidarity—but for the first time (as far as I am aware) three “UCP” organizations, i.e. groups that carry out unarmed civilian protection, are coordinating efforts to, in the words of Shannon Radsky from Nonviolent Peaceforce, “provide presence, hear from those on the ground, and find ways to support them.” These groups, about 12 in number, have been operating with courage all over the world for some years now, but mostly independently.

Something tells me that the dream of a “World Peace Guard,” as the early pioneer, Charles Walker, called it, just took a step closer to reality—and the “scourge of war” one step closer to the dustbin of history.

It is good to remember these and many examples of the spinning at work and only then turn our attention to the other side of the story. Again, one example. As one commentator recently put it, demagogues can be outvoted but the hate they roused in their followers is still there. Indeed, they can be further infuriated. I am speaking, of course, about the Trump phenomenon, in the face of which a recent defector from the Republican Party said that this man’s candidacy is “an indictment of our national character.” I altered that slightly in my Open Letter to the Sanders Movement, making it more practical: “an indictment of our national culture.” We can’t change our character, but we can work on our culture. We can become aware that the same video games, for example, that are used to desensitize (I almost wrote “dehumanize”) soldiers to prepare them to kill are being sold off the shelves to our children. We can become aware how the relentless advertising we’re exposed to every day has pried loose our hold on truth and pulled us deeper into selfishness—thus rendering so many of us vulnerable to the appeal of such demagogues.

In the short term, assuming he’s outvoted!, we must resist the temptation to triumphalism.  That would only make people who are, remember, heavily armed and living in a “new normal” of daily violence, more bitter and self-righteous. But once we’re over that hump, we must set about rectifying the economic realities and the underlying culture that gave rise to this specter in the first place. Here at the Metta Center we think about how to do this all the time, and we invite you to join us.

Inviting Alexander Humboldt to Your Birthday Party
Rock Creek, Montana    Months ago I bought The Invention of Nature: Alexander Humboldt’s New World by Andrea Wulf and put it aside to take with me off-the-grid. I had thought, how appropriate,...
Read more...

Social Security turns 80 today–happy birthday!
Over at PostEverything. Far from the looming disaster some like to paint her, she’s going strong and with any of a number of fixes to close the solvency gap, will continue to provide retirement...
Read more...

Snappy Comebacks – #Blesstival-2016
There are all types of blessings … the lovely kind that stirs our heart and raises our energy quality, of course. But tw0 of my other favorite types of blessing include, (1) one that comes from a...
Read more...

Kindness: Daily Metta
“My experience teaches me that truth can never be propagated by doing violence.” ~ Gandhi, The Mind of Mahatma Gandhi, p. 117 Two things stand out in this short sentence: while he drew heavily...
Read more...

Karaoke Machines Reviews of 2016
The MicroKY Duostar is completely mobile. It evaluates a total of 6 extra pounds. This lightweight Karaoke device permits use your personal photos or video clip to be moved as the background of...
Read more...

Why Can’t Women Get More Protection for Sexual Harassment?
Missoula   The starter on our 1979 Toyota fishing truck has been putting on a sketchy show. Sometimes, we turn the key, and the truck jumps into action. But, not once, but twice, I found myself...
Read more...

6 Easy Steps To Build Better Client Relationships In 2016
Business is all about building successful relationships. Some of the most important ones to work on are the relationships that you build with your clients. Every client, whether new or old, should...
Read more...

You can’t fix poverty by breaking the safety net
Republican Speaker of the House Paul Ryan and Senator Tim Scott are hosting a poverty forum tomorrow for some of the R presidential candidates. In advance, they wrote a joint op-ed in the Wall...
Read more...