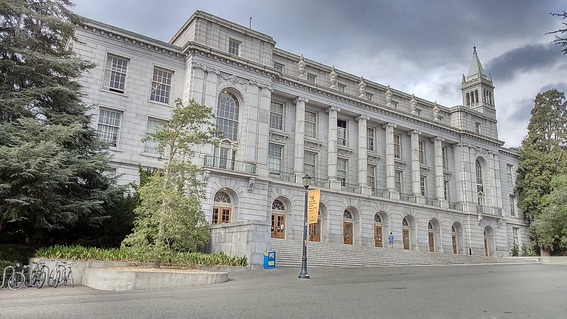 RESONATING as it did with widespread feelings of frustration and impotence, the “successful” action last week to prevent right-wing agitator Milo Yiannopoulos from speaking at the invitation of student Republicans on the Berkeley campus has been met with a certain grudging admiration even by those in the peace and nonviolence fold. This, while understandable on the emotional level, I regard as a huge mistake (hence the quotes above around “successful”). It was feelings of frustration and impotence that after all brought us to this pass, where the “world’s oldest democracy” has fallen victim to a kind of pre-fascist takeover; nothing less than a “soft coup” that’s still in place.

What could have been done instead?

First of all, while Chancellor Dirks was absolutely correct that he could not cancel the obnoxious speaker because of the protection of free speech that students fought so passionately, myself among them, to secure over half a century ago. And we would not want it any other way. Yiannopoulos’s behavior, however, is not necessarily protected by free speech principles or legislation; it falls under the “fighting words” exception because of the way he incites hatred and actually outs undocumented students, making them vulnerable to deportation. That could have been pointed out.

We could have had the students who invited him to make it a debate. That would have created what we call a “dilemma action,” as any decent thinker and speaker could neutralize a venomous performance by Yiannopoulos, if they accepted, and he would look bad if he did not.

Finally, all that having failed, we could have responded with effective civil disobedience. We almost did it in 1983, when UN Ambassador Jeanne Kirkpatrick was shouted down by students opposed to Reagan’s policy on El Salvador (and no doubt much else). I say “almost” because the students who stopped her should have stepped forward and cheerfully accepted the consequences of their action, which they did not. That would have been classic civil disobedience then, and could have been now.

It is because we were not prepared for any of this, and not prepared with a way to deal with provocateurs or anarchists as any demonstration must be today, that the anarchists (and/or provocateurs) did it their way. They will argue, of course, that nonviolence as only a misguided moral stricture. This is a category error. Nonviolence is a kind of power; the finest kind available for enduring social change. Make that, the only kind for enduring social change. For look what the anarchist disruption has done: made the unscrupulous Yiannopoulos out to be some kind of martyr and Berkeley’s commitment to free speech to be some kind of hypocrisy. Nor is this an isolated result: modern research has shown that a “violent flank” almost always hurts an otherwise helpful movement, just as it has shown that nonviolence is twice as effective in one third the time and leads to more democratic freedoms than violence every time (even when if “fails”).

They will cite the catchy phrase “diversity of tactics” ⎯ but that’s a double euphemism. Violence is not a tactic; it’s a principle that cuts against human dignity and human progress. The difference between nonviolence and violence is not a case of diversity, like the differences among races or viewpoints; it’s an existential choice based on what you think a human being is.

We need to be clear about all this, and we need to be as well organized and at least as determined as the disruptors, embracing them as people while pointing out the fallacy or their assumptions and decidedly keeping their methods out of our actions. This, among other things, is essential as we struggle to bring the world’s oldest democracy back to life.

Strategies for the Long Haul

Prisoners of Our Thoughts

Viktor Frankl's Principles for Discovering Meaning in Life and Work

A few thoughts re Leonhardt’s “College for the masses”
There may be no more highly-placed booster for the importance of college education than editor/journalist David Leonhardt of the NYT (disclosure: an editor of my occasional pieces at Upshot and...
Read more...

A Buddhist Thought
Q: Given its destructiveness, just how much “ego” does one need?A: Just enough so that you don’t step in front of a bus.~ Shunryu Suzuki
Read more...

A Few Hearing Loss Facts
The hard of hearing or deaf individuals make up the largest majority among the assemblage of disabled individuals across the world. Sixty percent people having hearing loss problem are mostly...
Read more...

Few Health Advantages Of Consuming Tea
Green tea, black tea, white tea and oolong tea are made from the similar plant; Camellia sinensis. From the time when the initial mixtures of tea about forty-seven hundred years ago in China were...
Read more...

Distressed Communities Index
Little Rock   Now this is interesting. A relatively new techy, DC-based research group has crunched a lot of US Census Bureau data and developed a new tool for looking at the state of inequality...
Read more...

Thoughts: Daily Metta
“The greatest tragedy is a hopeless unwillingness of the villagers to better their lot.” ~ Gandhi,  Harijan,  January 9, 1937 It is indeed a tragedy: that people who have been belittled and...
Read more...

Navigating Creativity’s “Prickles”
As I’ve been working my way through 20 days of prompts from Writing: Finding Everyday Inspiration, a WordPress Blogging U e-course, and getting my blogging groove back, I’m reminded of all the...
Read more...