Maya Schenwar is the author of Locked Down, Locked Out: Why Prison Doesn't Work and How We Can Do Better, and is the Editor-in-Chief of Truthout, an independent social justice news website. 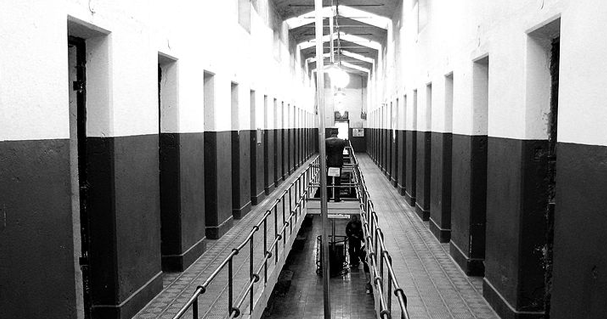 In Maya Schenwar's latest book, she discusses how prisons in the U.S. do incredible damage not just to prisoners but also to society due to the inhumane way in which prisoners are treated which leads to them being released back into a society where they are neither welcome nor familiar with, leading to high recidivism rates. While the facts and figures speak for themselves, here are five strong literary statements by well-known historical figures and writers about the nature of prisons and what they do to people:


1. "It had long been true, and prisoners knew this better than anyone, that the poorer you were the more likely you were to end up in jail. This was not just because the poor committed more crimes. In fact, they did. The rich did not have to commit crimes to get what they wanted; the laws were on their side. But when the rich did commit crimes, they often were not prosecuted, and if they were they could get out on bail, hire clever lawyers, get better treatment from judges. Somehow, the jails ended up full of poor black people."

-- Howard Zinn, A People's History of the United States


2. "How feeble is all language to describe the horrors we inflict upon these wretches, whom we mason up in the cells of our prisons, and condemn to perpetual solitude in the very heart of our population."


4. "No one truly knows a nation until one has been inside its jails. A nation should not be judged by how it treats its highest citizens but its lowest ones."

-- Carlos Ruiz Zafon, The Shadow of the Wind