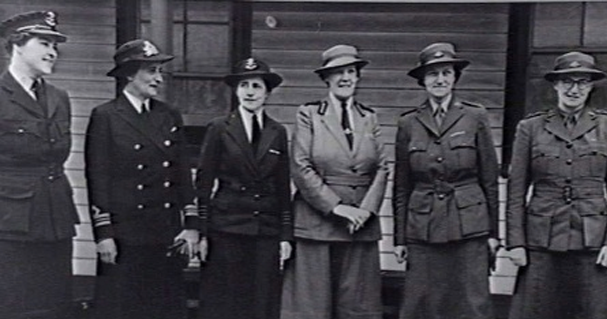 Betsy Polk and Maggie Ellis Chotas' latest book argues for the need for more female partnerships in business. They dig deep to show how unfounded myths and shoddy social science has kept women from collaborating together for greater success.

Of course, there are bound to be many who may want to dismiss this sort of argument as "compensatory" or  being too "Yay! for women!" but not have any real substance, but the evidence speaks otherwise. So why not tackle this argument in the most male-centric corner of the economy: the entrepreneurial world? Here are five darn good (evidence-backed) reasons why women are taking the leading roles in independent and entrepreneurial business environments:

1. Women are better leaders. Jack Zenger and Joseph Folkman conducted extensive research on women in business and their findings are quite impressive: women build better teams; garner higher respect as leaders and managers and demonstrate better awareness of their actions and thinking. Two of the traits where women outscored men in the highest degree were in taking initiative and driving for results -- both of which have long been thought of as particularly male strengths.

2. Women deliver better company performance. A recent Dow Jones VentureSource report concluded that venture-backed companies with female senior executives were more likely to succeed than those companies with only men in charge. This finding was echoed by the SBA Office of Advocacy which reported that VC firms that invested in women-led businesses performed better than all men-led businesses.

3. Women are better money managers in the most volatile marketplace:tech. Female-led private tech companies achieve on average a 35% higher return on investment, and when venture-backed, bring in on an average a 12% higher revenue than male-owned tech companies according to research conducted by the Kauffman Foundation. Illuminate Ventures recently concluded their research showing that high-tech companies built by women are more capital-efficient than the norm and could achieve comparable early-year revenues as those companies run by men but using on average one-third less committed capital .

4. Women are becoming more prominent not just as builders but as wealthy investors.  Women angel investors account for just 22% of all investors but that's still a 50% jump ftp, 2011. Mary Quist-Newin's research at the The American College of Financial Services shows that not only that women represent more than 40% of all Americans with gross investable assets above $600,000 but also that 60% of high-net-worth women earned their own fortunes versus inheriting it and the rate of wealth-growth among women in the US is at twice the pace it is for men.5. Many prominent men think women are the answer. There are many men who are looked up to as the business gurus to emulate but not many realize that these men have publicly stated that the nation's economic future rests mainly with women being at the helm. Warren Buffett feels women are the key to national prosperity while Vivek Wadhwa continues to argue that women entrepreneurs are the future of tech . Prominent male entrepreneurs and researchers such as John Gerzema and Michael D'Antonio , or male-led firms such as Zenger/Folkman weren't seeking to do research to support the effectiveness of women in business, it's just where the data took them.Is that enough "hard" evidence for you?