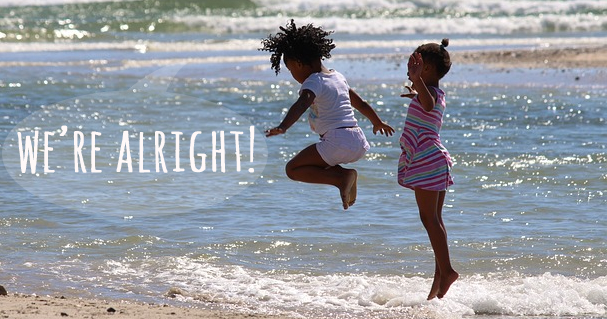 “What is wrong with black women?”

The question was met with a bit of an awkward silence when Tamara Winfrey Harris asked it on her Author Day at the Berrett-Koehler offices. Obviously, the answer is "nothing," so why is the question being asked? It may sound silly, but the idea that there's something wrong with black women is something the American media has been taking seriously for quite some time. Major news outlets feature panels discussing the supposed inability of black women to get married. Prominent celebrities such as Steve Harvey and even Robin Thicke have contributed their two cents to this discussion as well, adding their thoughts to a laundry list of things black women everywhere are apparently doing wrong.

Certain stereotypes about black women are pervasive: angry and unreasonable, sexually promiscuous but unfeminine, vain but undesirable. Looking around the room on our Author Day, however, I see none of this in the black women sitting in front of me, women who are artists, journalists, television producers, mothers, educators, and above all, people.

So who is this woman society tells us represents black women universally? “I don’t know her,” says Winfrey Harris, and I recognize at that moment that I don’t either. How, then, did this extreme picture come to represent such a large and diverse group of women?

Though these stereotypical black women are fully fictional, they feel all too familiar: Mammy, fat and sexless; Sapphire, angry and unfeminine; Jezebel, seductive and unchaste; the Matriarch, a mixture of all of these. Winfrey Harris outlines succinctly how these stereotypes were created to benefit slave culture in the 1800s, and how they continue to benefit the ruling classes in a society still steeped in racism and sexism. Attributing the problems black women face to fundamental flaws in their nature, effectively allows those in positions of privilege to deny responsibility for the social and economic inequalities that are truly to blame.

Years later, these assumptions still pervade our culture. The image of the “angry black woman” is familiar to most Americans, and these generalizations are ones that not many people, even some black Americans, think to question. Internalizing these toxic messages is nearly impossible to avoid; Winfrey Harris explains, "We cannot help but have been influenced by society's racism and sexism."

Feminism means sexual freedom, but only if you’re white

One place where these stereotypes thrive today is in popular media. White celebrities like Madonna are often praised as feminist icons for embracing their sexuality, black celebrities like Beyoncé (who is rather explicit about her feminism) are dismissed as “not really feminist” for being “too sexual”. These sorts of double standards consistently emerge in discussions of every female celebrity from Nicki Minaj to Iggy Azalea.

These stereotypes are pervasive in media, but they don’t just stay there – they affect girls’ lives when they’re still young. Winfrey Harris shares a story of a group of preteen girls she volunteered with, who were asked to write down negative things that had been said about them. One girl’s paper had several comments on her appearance and three on her sexuality, before she had even reached puberty! The image of the Jezebel does not escape young black girls, who then become afraid to express themselves.

Some parents teach kids to suppress the “blacker” elements of their personality and appearance, because they have internalized the same sort of rhetoric that gets passed around today. When Winfrey Harris brings up the negative stigma surrounding naturally kinky hair, my best friend immediately springs to mind. She grew up hiding her natural hair, partly due to the influence of her white mother, and still struggles with owning her hair as an adult. When white hair is defined as “good hair” and using hair for self-expression is discouraged in any other context, black women continue to be told that they are fundamentally flawed – an attitude that is based on sexism and racism and desperately needs to be challenged.

What can be done?

This broken narrative will hopefully be reversed someday, but for now Winfrey Harris just wants to assure us of the truth of her book’s title: The Sisters are Alright. Black women may fit or not fit any number of boxes we try to fit them in, but at the end of the day, they are human beings, with just as much depth and complexity as anyone else.

When asked what those of us who are not black women can do to help, Winfrey Harris advised us to simply “listen.” Once we stop trying to prescribe solutions and begin listening to people’s stories, we begin to realize what’s truly wrong with black women: absolutely nothing.