It's Getting Better All The Time? 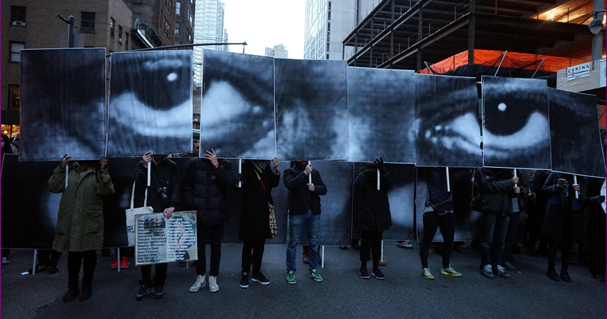 (Can't Get Much Worse)

On August 9th, 2014 an eighteen-year-old boy named Michael Brown was killed in Ferguson, Missouri. On December 13th, four months later, millions of people participated in organized marches to protest police brutality and institutional racism in the United States. Meanwhile, the gaming industry is still dealing with the aftermath of a movement called Gamergate, which saw a small but vocal group of gamers harassing and threatening women in the industry, while claiming to stand for “ethics in games journalism.” The widespread effect of these movements, both large and small, has emphasized the reality that racism and misogyny are still very much alive in our culture, as much as many of us would like to pretend otherwise. But have things gotten better at all?

A voice from the inside

Julie O’Mara, a board member on Berrett-Koehler's Diversity and Inclusion task force, has first-hand experience with these institutionalized isms; as a young professional, she became the first woman hired in marketing management in her corporation, and struggled constantly with the backlash she received for being a woman in a position of power. Now she works to change organizational practices for the better, reforming systems and policies in order to discourage gatekeeping and foster diverse and welcoming work environments.

The tool that has shifted the discussion the most over the past several years is social media, and O’Mara believes that the impact it has is both positive and negative. Overall, the increased communication social media platforms offer, and the ability to voice viewpoints directly in real time, are positive. The effect of Twitter’s hashtag system and the ability to upload photos and videos to a worldwide audience has been to raise global awareness of events that would previously have been confined to a much smaller audience. Previously, people had to trust what the media told them about current events. Now, we have become the media.

Of course, there are negative effects to social media’s prominence as well, as O’Mara acknowledges. The fast pace of information flow on social media has the tendency to incite people who might not have the full story, and those who would not normally have a stake in certain issues now have a platform to sway or derail the discussion. Facebook is a prime example of this. How many people you knew in high school are suddenly public policy experts?

Knowledge is power, and Google is free

Social media’s greatest quality, however, is its ability to foster what O’Mara says is the answer to combatting internalized prejudice – education. The internet provides instant access to information and conversations with those who have personal experience with discrimination, and the discussion is changing because of it. O’Mara cites the concept of “implicit bias” as an example. “Before [recently], it wasn’t recognized as much as a term,” she explains. Now, however, its use has skyrocketed, nearly doubling in the past ten years alone.*

(Google Ngram Viewer tracks the number of times a word or phrase has been mentioned in books, and charts that information over time.)

The accessibility of education is essential, since education is the only path to unlearning these biases. Though it’s necessary, it’s not always simple, O’Mara warns. “You have to stay the course. It’s not a quick fix.”

So is there hope this time around? O’Mara believes there is. She mentions the idea of critical mass, that “when you get to a point of 30/35% of people becoming knowledgeable, change begins to happen.” Though there are people complaining that the media is “milking” recent events, we are reaching this point of awareness where continuous conversation could lead to real change.