Awards: Enough is Enough by Rob Dietz and Dan O’Neill 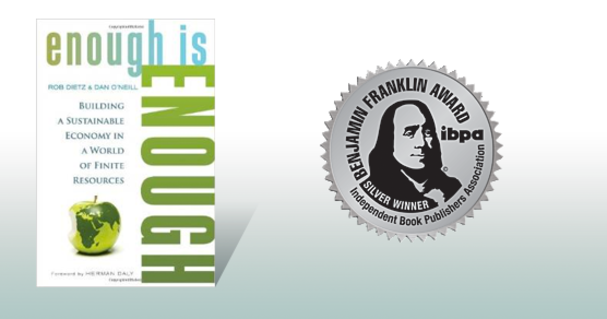 Enough is Enough is a silver winner in the Nature and Environment category of the 2014 Benjamin Franklin awards!

"We have an extremely strong group of honorees this year," said IBPA Executive Director, Angela Bole. "We received nearly 1,300 entries into the program. The 154 titles selected as honorees are truly the best of the best."

IBPA's 2014 Benjamin Franklin Award program includes fifty-two categories recognizing excellence in book editorial and design. The program is regarded as one of the highest national honors for independent publishers.

For more information on IBPA, visit their website here.