You Can’t “Make” Your Employees Be Happy – So Stop Trying!

Nora is an accomplished executive coach with 25 years of experience developing corporate leaders. She is the author of Mayday! Asking For Help In Times of Need. 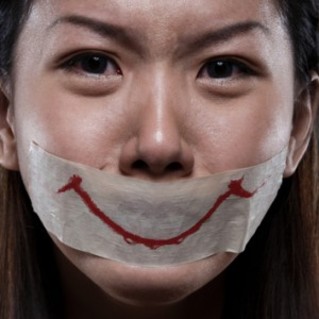 A few years back, I coached a new IT manager, Jake. He had recently been promoted and was now leading the same group of folks who, just months before, had been his peers. Not an unusual situation, especially in technology groups. It’s pretty common for people to get moved into management based on how well they perform the functional aspects of the job — in this case, it was network services within a large, multi-national organization. Jake was a high-performer, and therefore, a natural for the promotion.

Jake was thrilled with the new role. He relished the notoriety and the chance to prove himself to be a supportive leader.

I was asked to coach Jake to ease his transition from technologist to manager. He brought a lot of insight and experience to the new role, and I was confident he’d make a great leader. Early on, Jake made all the typical mistakes that most new managers make. He was still too aligned with the team — one of the “gang.” At times, he was afraid to be seen as the “bad guy” in tough situations. Jake also fell into the one trap that is often the toughest to avoid: that he was supposed to make his direct reports happy.

There’s been a lot written about happiness in the workplace. As an experienced executive coach, I am a great supporter of creating happy work environments. I whole-heartedly believe that happy employees are more engaged, creative, and better performers.

Unfortunately, some leaders have gotten it into their heads that they are responsible for the happiness of each individual on the team — as though the direct reports were children who needed to be entertained and coddled. Not only is this impossible to achieve, it’s also slightly insulting.

Employees usually do appreciate a fun, inviting and healthy work environment. But, it’s not always possible for the organization to provide fancy perks or entertainment. And if you are a new manager, like Jake, you may be tempted to bend over backwards to make sure your team enjoys every possible minute at work.

Jake felt a tremendous responsibility to make things good and right for his directs. This self-imposed pressure magnified the stress he felt whenever he believed he let his directs down. In our work together, Jake realized that his job wasn’t to “make” others happy, but to give them opportunities to find and create their own happiness.

As leaders, our job is really to 1) get things done through others 2) facilitate (make easier) that process and 3) develop the team so they can lead others in the future. To make that happen, Jake decided to:

Over time, his team became much more naturally engaged because each person owned their own happiness.

In the beginning, Jake felt responsible for other people’s happiness. In life, as in work, we are responsible for our own. Sometimes we just need a reminder that we have to go out and make our happiness happen.

M. Nora Bouchard, MA, is a senior-level executive coach with twenty plus years of experience who has chosen to work with those who value an analytical mindset. She enjoys working with CIOs, leaders of IT teams, as well as the people who wrangle code, DBAs, data center operators, and network administrators. She’s also great with other analytical minds in finance, engineering and science. Nora is author of Mayday! Asking for Help in Times of Need. Learn more about her background, programs and clients at www.mnorabouchard.com.

The post You Can’t “Make” Your Employees Be Happy – So Stop Trying! appeared first on M. Nora Bouchard.