7 Ways to Respect the Tech

Nora is an accomplished executive coach with 25 years of experience developing corporate leaders. She is the author of Mayday! Asking For Help In Times of Need. 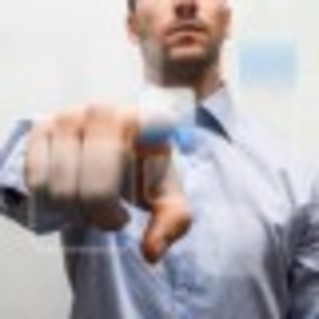 For the last 15 years, I have coached technologists to improve performance, transition more successfully to management and leadership roles, and to lead more effectively. Time and again, I see these dedicated folks with very specific skill sets treated differently from their co-workers in other departments. I’ve seen them dismissed as incapable of emotion, leadership and communication. Yet, as I work with them, I see profound examples of active feelings, great leadership and very clear communication. What’s going on here? Why the disconnect between how they truly are and how others see them?

Let’s take Sander’s situation (not his real name, of course). A stereotypical technologist, Sander is highly intelligent and analytical. During a recent “team development” workshop, he was given the results of a questionnaire which, essentially, pegged him as so highly analytical that he was devoid of emotion. When I started working with him, I was told by his supervisor, that he was as close to an emotionless robot as he’d ever seen.  Sadly, when I met Sander for the first time, he almost agreed with both assessments. But, you know, Sander is human. He actually has plenty of emotion. He may not know how to show them, but he is always expressing some feeling or mood: curiosity, excitement, concern, trepidation, drive, ambition — just like the rest of us.

Engineers, technologists, and analysts are often relegated to the confines of their roles — dismissed because they are different and that difference makes others uncomfortable. In order to be successful when we work with people different from ourselves, we have to:

Often, the problem is that we are so busy, moving so quickly, and looking for short-cuts, we don’t want to slow ourselves down. It’s not easy, AND it’s what technologists and analysts have to do every day in interacting with the rest of us.

Sander, btw, is more successful than ever. Within weeks, his co-workers saw a marked change and they stopped referring to him as “robotic”. It all happened because he was the one who chose to slow down, listen more, and respect other mindsets and viewpoints. He demonstrated behaviors that many of his colleagues soon adopted. We need the Sanders of the world — not just to run our systems — but to help us grow in compassion and empathy.

M. Nora Bouchard loves IT and the people in it! She chooses to exclusively coach technologists and those with analytical minds. Learn more at www.mnorabouchard.com.

The post 7 Ways to Respect the Tech appeared first on Nora Bouchard.