Why your brain needs exercise 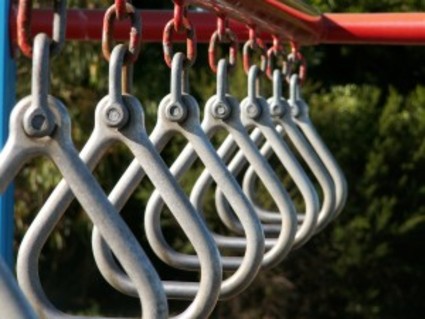 Want to increase your focus, reduce stress and improve your well-being?

Take time to exercise your mind in addition to your body.

By training yourself─and your mind─to be more mindful, you’re able to improve your ability to pay attention and your cognitive control. (The latter helps you manage your emotions and increase your emotional intelligence.)

When you’re mindful, you’re in the moment. You’re conscious of your thinking. You’re more observant. And you’re non-judgmental.

In other words, you’re aware, alert and accepting. That’s the exact opposite of mind wandering, which takes you out of the moment.

A wandering mind is an unhappy mind, according to scientists. Individuals who spend about half their time thinking about something other than what they’re doing are more prone to be unhappy, explained Dr. Christine Cox in a NeuroLeadership Institute webinar on organizational mindset earlier this year.

It’s not unusual for many individuals to spend a high proportion of their days either letting their minds wander or being in auto pilot.

That’s why training to be mindful can be so beneficial.

For a number of years, meditation has been considered the gold standard of mindfulness. A new study published in the journal Biological Psychiatry shows that individuals who were trained in formal mindfulness meditation were able to change their brain and likely change their health, unlike a control group who practiced relaxation and distraction instead.

Meditation seems to help neural pathways communicate better, especially between the areas that process stress-related reactions and other areas related to focus and calm. Over time—just four months after mindfulness meditation in the study—blood tests showed lower levels of a marker of unhealthy inflammation.

Dr. J. David Creswell, the study’s leader and an associate professor of psychology and the director of the Health and Human Performance Laboratory at Carnegie Mellon University, believes that changes in the brain contribute to the reduced inflammation, although he and his colleagues aren’t yet sure how.

It’s also not clear how much mindfulness meditation─or any mindfulness for that matter─is needed to improve health.

Even though scientists don’t know the ideal dose, that shouldn’t be an excuse to avoid practicing mindfulness, especially since you can do it anywhere and at any time.

Don’t use your lack of patience to learn and practice formal meditation as an excuse either for being mindful.

Just adopt the mindfulness method advocated by Harvard Psychology Professor Dr. Ellen Langer, who’s been studying mindfulness since the early 1970s and is often described as the “mother of mindfulness.

Dr. Langer defines mindfulness as “the very simple process of noticing new things, which puts us in the present and makes us more sensitive to context and perspective. It is the essence of engagement,” as explained in the Harvard Business Review blog post, “Mindfulness Isn’t Much Harder than Mindlessness” .

What do you think?

Your Happiness Was Hacked

Your Happiness Was Hacked (Audio)

What your brain needs for optimal performance
Last week’s blog post Why your brain needs exercise triggered a range of reactions. Some loved it, a few questioned it, and others hated it to such a degree that they unsubscribed from any...
Read more...

“Plastics.” Brain benefits, present to future
Who knew how astute, powerful and prophetic the classic film line “Plastics” would become. In the 1967 film, The Graduate, a family friend says he has just one word for the recent college...
Read more...

POTENT TOOLS FOR EXERCISING MUTUAL POWER
In this blog entry and newsletter, I want to bring your attention to some potent new tools for practicing the exercise of mutual power. Mutual Power The theory and practice of Collaborative...
Read more...

1-Minute Exercise to Eliminate Hesitation
Doubt. Unsettling, isn’t it? Like a rock sewn into your shoe. Yet, doubt’s embedded in your DNA. It evolved to be a strength. A trigger to pick up your head, look around, and consider if you’re...
Read more...

5 lessons from the last frontier, our brain
What’s the last frontier left on earth to explore and conquer? Our brain. In the past 10 years, scientists have learned more about the brain than in all previous decades combined. Yet, many...
Read more...

Why and how to declutter your mind
The dog’s unofficial code of conduct is: “If you can’t eat it, play with it or pee on it, leave it alone.” Meet Marcel. Even though he’s just 7 months old, we’ve noticed he’s intuitively adhered...
Read more...

How to admit to a biased brain and overcome the backlash
Co-workers criticized me for talking about this topic, and then declined to work with me. Individuals – white and black – told me I was encouraging people to cop out. PBS chose not to air my...
Read more...

Excerpt | John Izzo
Excerpt:  A Corporate Success Story from Stepping Up (Berrett-Koehler, 2012) The Story Behind the Starbuck’s Frappuccino (pg. 93-95) Leadership is not a...
Read more...

THE BRAIN, CREATIVITY and the USES of BRICKS
Notwithstanding its great contribution to health and the medical sciences, the incursions of the ‘brain scan’ into the debates on ‘creativity’ and ‘innovation’ continue to multiply and stultify in...
Read more...