Use concrete with intention 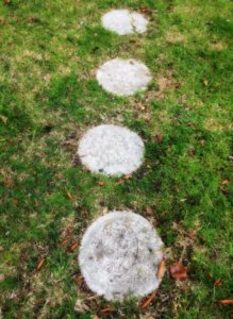 It’s succinct, specific and gets stamped into your memory—once you learn what it is.

The 72-72 rule says that the City of Charleston should be “as good a place for tourists who visit for 72 hours as it is for residents who live here for 72 years.”

Precise phrases like the 72-72 rule are better for the brain than glittery generalities. That’s because it’s easier for us to picture concrete things in our mind. We also have a simpler time of explaining them to others and building a shared understanding.

By contrast, glittery generalities and abstract ideas are subject to our individual interpretations.  For example, consider the phrase “enjoyable experience.” One person’s pleasure could be another person’s pain.

Concrete words and phrases express what we know through our six senses, explains Cheryl Stephens, the plain language writer, editor, and trainer at Plain Language Wizardry, in her insightful LinkedIn post, A Slab of Concrete Words.  Anything concrete exists in a material or physical form.

Time tends to verge between concrete and abstract. Time isn’t physical matter yet if you’re a Westerner you have a strong understanding of time periods, such as 72 hours and 72 years.

And there’s the rub to quote Shakespeare’s character Hamlet.

Concrete phrases also can serve as a type of concrete barrier, dividing people and things into categories, with possibly unintended consequences.

For example, when one of my neighbors and I heard Councilman Seekings explain his 72-72 rule at a community meeting, we both determined that he wasn’t speaking to us. Nor for that matter was he probably governing with our interests in mind. And as a result, we felt like outsiders, marginalized compared with the tourists and the long-time residents.

We reached the same conclusion, but for slightly different reasons. My neighbor splits her time throughout the year between Charleston and Cincinnati. I moved to Charleston as a middle-aged adult so it’s unrealistic I’ll live here 72 years unless scientists make major strides in increasing life expectancy.

What’s the point of this rant?

Concrete words and phrases are better than glittering generalities with this exception: Unless your intent is to be exclusionary, don’t be so specific that you end up accidentally eliminating people who could be vital stakeholders for you and your initiatives.

Now how do you prevent people from feeling like they’re on the outside looking in?

Use these three questions as stepping stones the next time you’re crafting concrete language:

You need to step carefully when you’re trying to communicate clearly and concretely as well as be open and inclusive.

That’s why it’s important to be intentional. Think first, act carefully and when in doubt, test to determine how others may perceive your ideas.

Are these steps concrete enough for you?  If not, comment and let me know.

How to Build Coalitions That Win -- and Last

Feedback: What are your Intentions?
Andy (a leader I met last week) was very disappointed. One of his employees had missed another deadline, making him and his whole team look bad with a high-profile client. Andy had learned that...
Read more...

Did You Really Intend To Do That?
“A good intention clothes itself with sudden power.” ~ Ralph Waldo Emerson     They say that each day is the...
Read more...

Congress on Fire
A driver was stuck in a traffic jam on the highway outside Washington, DC. Nothing was moving. Suddenly, a man knocks on the window. The driver rolls down the window and asks, "What's...
Read more...

"Aaaah, you're Indians!"
Louis C.K.'s performance at the Beacon Theater was a downloadable bestseller boasting many millions of views. In this short segment, he speaks about American Indians and the early White settlers...
Read more...

Congress is the Undercard, the Real Fight for Healthcare is Still Corporate
New Orleans   Recently the House of Representatives voted to repeal the Affordable Care Act for something like the 62nd time. They have now almost banned Obamacare from being funded as many times...
Read more...

Pro-Development Indian Government Cracking Down on NGOs
Bengaluru       Arriving at my lodging in Bengaluru after 2 AM in the morning holds some surprises.  One is the emptiness and quiet of the streets, normally full of horns blaring and the...
Read more...

Crazy Indian Circus
These seemingly gravity-defying rides are standard fare at most traveling circuses in India. True, it uses the simple scientific principle of centrifugal force, but it's still a pretty impressive...
Read more...

Five Surprising Answers to Five Common Questions About American Indians
Buy the Book Here With the release of The Seven Paths , we celebrate the wisdom and teachings of several American Indian nations. American Indian culture has been appropriated by a...
Read more...

Congress Discriminates Against the Poor on Tax Refunds
New Orleans  This one caught me by surprise. Congress managed to sneak through a provision in the tax-cut deal at the end of 2015 that both punishes the poor and privileges predatory products...
Read more...