How to find value in bad role models 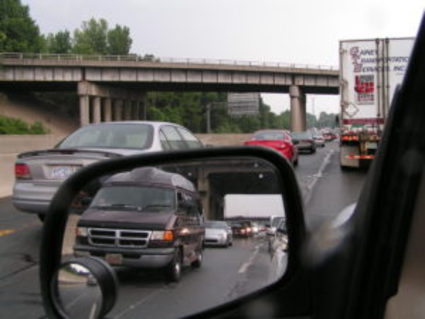 This maxim came in handy when I was trying to role model good meeting behavior last week.

By definition, respectable meeting behavior means showing up on time. And if you’re the meeting leader, you express your respect by being a few minutes early.

And if the meeting is an in-person workshop on improving the effectiveness of your meetings and you’re the outside facilitator as I was, you really need to be there early to set up and greet participants as they enter the room.

Instead, seven minutes after our scheduled start time, I raced into the conference room where everyone was patiently waiting around the U-shaped table and talking among themselves.

At least they knew I was stuck in traffic when I called from the road.  Even though I had padded my driving time by an extra 30 minutes and was using Google Maps, Waze and my car’s navigation system, there still wasn’t enough time to switch to an alternate route once an accident closed a stretch of the Interstate.

Since I couldn’t fix my traffic problem, I featured it in my introduction to the group and the workshop. Otherwise, I would have lost all credibility. And throughout the workshop, whenever we talked about bad meeting behavior and ways to improve meetings, I called out my lack of punctuality, which caused me to be a bad role model in that regard.

Role modeling and peer pressure continue to be two of the most effective ways to encourage people to adopt new ways of working.  In other words, don’t just tell people what to do, show the desired behaviors in action, preferably by respected or influential leaders and peers.

Being social creatures, we like to observe what others do and copy their actions, especially if we’re unsure of what we should do in the situation. (Psychologists call this “social proof.”  The eminent social psychologist Dr. Robert Cialdini writes about this extensively in his classic book Influence: Science and Practice (5th Edition).

If you want to use role modeling and peer pressure to encourage behavior change, here are three simple actions that work well:

It’s not always easy to be good in a bad world. We all need to help each other, especially around unpredictable environmental issues.  Traffic congestion is a common problem, especially where I was, so the meeting participants were empathetic. Nonetheless, it was hardly how I wanted to introduce myself.

As for the workshop itself? Even with a slightly late start, we covered substantive territory on effective meeting practices with candid discussion.

We also developed ground rules for the group to use in their monthly meetings. (For more on the value of ground rules, see Set rules together; don’t order absolutes.)

And the “Plus Delta” exercise we did at the end to evaluate the workshop elicited good marks plus some helpful ideas for future sessions for them. (For more on this, check out Go offline for surveying meetings.)

So all’s well that ends well, to paraphrase Shakespeare. His wisdom is more durable than a more modern saying that often relieves stress while traveling but proved false in this case: “You’re not late until you get there.”

How do you role model good behavior and find value in bad behavior?

Be The Best Bad Presenter Ever (Enhanced)

Break the Rules, Make Mistakes, and Win Them Over

Realizing the Market Value of Leadership

NASA finds reducing salt is bad for glacial health
A new NASA-led study has discovered an intriguing link between sea ice conditions and the melting rate of Totten Glacier, the glacier in East Antarctica that discharges the most ice into the...
Read more...

Super Models
Sorry, nothing prurient. Just a quick observation and reading/listening assignments for serious OTE’ers on some material that I will return to shortly with the necessary time and...
Read more...

Find a Way to Say “Yes”
His presence lit up the classroom the minute he walked in. And his voice-a deep, rich, resonant voice-rumbled out like thunder from somewhere deep in his body, captivating his audience. As he...
Read more...

“She Looks Like Me” Woman Role Models Rock
“I was so excited,” 15-year-old Jaila Gladmon of Snellville, GA said after Simone Manual became the first African-American woman to win an individual swimming event at the Olympics last...
Read more...

“She Looks Like Me” Women Role Models Rock
“I was so excited,” 15-year-old Jaila Gladmon of Snellville, GA said after Simone Manual became the first African-American woman to win an individual swimming event at the Olympics last...
Read more...

Facilitation, and how it can add value
This article was first written for ACEVO Consulting and published in December 2011. I hope that readers who are not themselves Third Sector leaders will also find it helpful. See also Three...
Read more...

How do I find time to ___________?
Many of us feel time-crunched. Like we need more spaciousness in our lives for all kinds of things, including working on our big vision. Now sometimes, “I don’t have enough time,” can really...
Read more...

Managing By Values
Many years ago, I heard John Naisbitt give a speech on his book Reinventing the Corporation and was intrigued by a concept he called “Fortunate 500” companies. We all know about Fortune 500...
Read more...

How to Find Gold
I was born in Anchorage, Alaska and I love the history and symbolism of that northern land. In the nineteenth century, many prospectors came to Alaska to find gold and riches. Few of those...
Read more...

Finding Your Five Voices
How adding variety to your voice can add power to your life Repeated statistics reveal that the number one phobia in America is public speaking, ranking at a whopping 74%....
Read more...