How to be a whiz at career reinvention 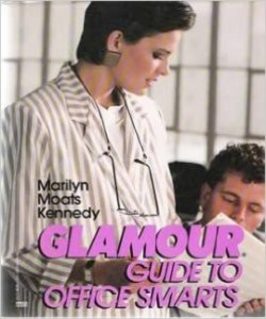 “You have to embrace new ideas and new technologies even when it’s painful.  The whiff of obsolescence can kill you,” observed Marilyn Moats Kennedy in an interview with Chicago Score for a case study several years ago.

This past January ovarian cancer killed Marilyn way too early.

Nevertheless, she fully practiced her own advice — reinventing herself and pursuing as many professions as cats have lives.

Marilyn was a whiz at reinvention. By my count, she had at least nine successful careers: teacher and administrator at DePaul University in Chicago, journalist, editor, book author, speaker, career advisor and strategist, trainer, and consultant on workforce demographics.

The common theme was her love of communication, including writing, speaking, and connecting with individuals of all ages and backgrounds.

When I was still a student at the Medill School of Journalism at Northwestern University, Marilyn’s alma mater, I had the good fortune to hear her speak on career planning.

She was an admirable role model and mentor, including one of the first writers I ever met who was just as skillful as a motivational speaker.

In both her speaking and writing, Marilyn was refreshingly direct. She didn’t sugarcoat yet she was always respectful.

Some of the sage reinvention career advice I learned from Marilyn over the years:

Marilyn’s career advice also reflects her early journalism training, especially the emphasis of meeting frequent deadlines. Her most famous quote is “It is better to be boldly decisive and risk being wrong than to agonize at length and be right too late.”

Marilyn, thank you for who you were and all you did.

The 12 New Rules for Work and Life Success

Principles and Practices for the New World of Work

The Career Woman
This clip is from a 1958 program where a "career woman" is asked a series of questions and then analyzed by psychologists to see how serious she is about her work life. The snippet shows that it...
Read more...

Why You’ve Hit a Career Wall, and What To Do About It
Throughout the past ten years of career success coaching, I’ve become deeply committed to “scaling transformation” – finding new ways to help not just a handful of people each month, but...
Read more...

How to Start a Career in the Automotive Industry
Anyone who loves cars will definitely be pleased to know that the automotive industry is booming. As a matter of fact, research shows that the industry is expected to flourish even more by 2020,...
Read more...

The Biggest Fear That Keeps You From Building a More Satisfying Career
This week, I spoke with a friend who has been a stay-at-home mom for 13 years, after building a career as an engineer. She told me that her job had served as a good paycheck, but nothing more. As...
Read more...

4 Essential Steps To Figuring Out What You Should Be Doing With Your Career (And Your Life)
As a career success coach, writer, and researcher, I’ve had the opportunity to observe key trends among thousands of professionals around the world, particularly about how they get stuck and...
Read more...

Desperate For a Different Career? Change It, But Avoid These Top 5 Blunders
Part of the series “Living and Working Better” Before 9/11, I felt trapped in a 18-year corporate career that didn’t align with my values, preferences, talents and desires. But I had worked so...
Read more...

The Four Stages of a Career Setback
Over the course of your career, you’re bound to have a few startling setbacks. In my new book, A Leadership Kick in the Ass, I explain why setbacks and failures often provide valuable lessons...
Read more...

Is it Time to Kill off ‘Career’?
Each year, Merriam-Webster and others add countless new words to the dictionary. But, are words ever deleted? If so, I might suggest ‘career’ as a possible contender. Used in conjunction with so...
Read more...

Giving Career Development a Fresh Focus
Career development is one of those supervisory responsibilities that frequently drops to the bottom of a manager’s to-do list. And it makes sense. Today’s managers are more time-pressed than ever...
Read more...