How to admit to a biased brain and overcome the backlash 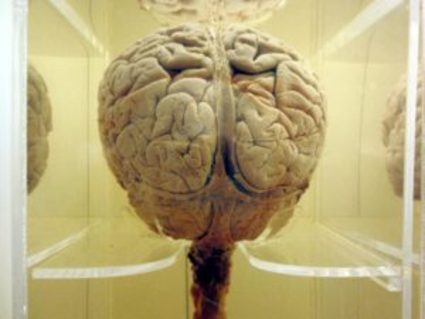 Co-workers criticized me for talking about this topic, and then declined to work with me.

Individuals – white and black – told me I was encouraging people to cop out.

PBS chose not to air my comments for “America After Charleston.” (The show was a  conversation about race relations related to the 2015 shootings of the nine church members at the Mother Emanuel Church in Charleston, South Carolina where I live.)

Even with this degree of backlash, I still feel compelled to speak out about my biased brain and how I’m dealing with it.

Why? I believe in science. I also believe that understanding and working with the science of bias is our door to dealing with race relations openly in the United States.

In a nutshell, the science shows that bias is built into our brain. It’s part of our biology.

No one knows for sure why the bias exists, although there are theories. But suffice it to say, if you have a brain, you’re biased, as one of my neuroscience professors often says.

In fact, the bias is so ingrained into our unconscious that we’re not aware of the extent to which it influences our thinking and our actions.

This helps explains why many people ─especially whites ─ disagree with my point of view, especially during a time when race relations are so strained now in the United States. Individuals are quick to downplay or even deny biases. They often say they’re not prejudiced or that the prejudice is a figment of someone else’s imagination.

Our brain tells a different story. Basically, our brain has not evolved fast enough to keep up with our current environment, especially a diverse modern-day society in which we encounter people who don’t look like us.

In a June 2012 Harvard Business Review blog post Why Race Still Matters in the Workplace just a few months after the shooting death of the black Florida teenager Trayvon Martin, Dr. David Rock and Dr. Dan Radecki explained how our brain is wired to detect and react to threats, either real or perceived.

The brain’s error detection centers are extremely sensitive, which was incredibly helpful back in the day when we were evolving as a species and lived in the wild. If we had a close encounter with a lion, tiger or bear, humans could respond quickly and either fight or flee to avoid becoming the animal’s snack.

That evolutionary bias still exists today. Our brain can easily generate an intense fear of uncertainty that makes us react in a fight or flight response.

From a neurological perspective, when the brain detects a threat, the orbital frontal cortex (OFC) gets involved in analyzing information it receives. The OFC then communicates its results by creating emotions that are supposed to help us make decisions about what to do. All of this happens in our unconsciousness.

Since 2012, the science has advanced, but the way our brain reacts to threats hasn’t. In fact, some people’s trigger point for fear may be even more heightened these days, especially if they are anxious. If you believe you could lose your job, your status in society or your friends or loved ones, you can feel like you are under attack from all walks of life.

This is “similarity” bias in action. People are more comfortable being around people like them. Their brain is telling them unconsciously that “I like people like me. I don’t trust people who are different.”

Similarity bias is one of the five main categories of bias. Last year the NeuroLeadership Institute grouped the more than 150 types of bias that neuroscientists and others have identified into these five “SEEDS of Bias:”

For more about this, check out my blog post Bless your biased brain! Also the Strategy + Business article Beyond Bias by Dr. Heidi Halvorson and Dr. David Rock is a great primer about the science of bias and its implications, especially at work. Both pieces also explain actions that help mitigate against bias.

Neuroscientists and other experts believe that mitigating ─ that is taking actions to reduce the severity ─ against bias is the best course of action. Right now it doesn’t seem feasible to  change the biology of our brain and eliminate the biases.

As a result, we need to acknowledge and accept responsibility for our biology and then figure out the best ways to work around it.

One first step is to search out opportunities to get out of your “similarity silo” and spend time with people who are different from you.

Then ask thoughtful questions about them and their experiences, listen carefully, and search for common ground. Note that it is easy to form new “in-groups” around common topics, such as sport teams, hobbies, food and other items of interest. The brain’s neuroplasticity can help us here.

My hope is for more people to understand and accept that bias is part of our brain’s biology. Once we’ve opened that door, we can better work toward building bridges and decreasing the adverse actions and impact we’re making on others.

The human brain is not perfect. However, that shouldn’t prevent us from acting with good intentions, compassion, and empathy toward our fellow humans at work and in our communities.

Will you join me?